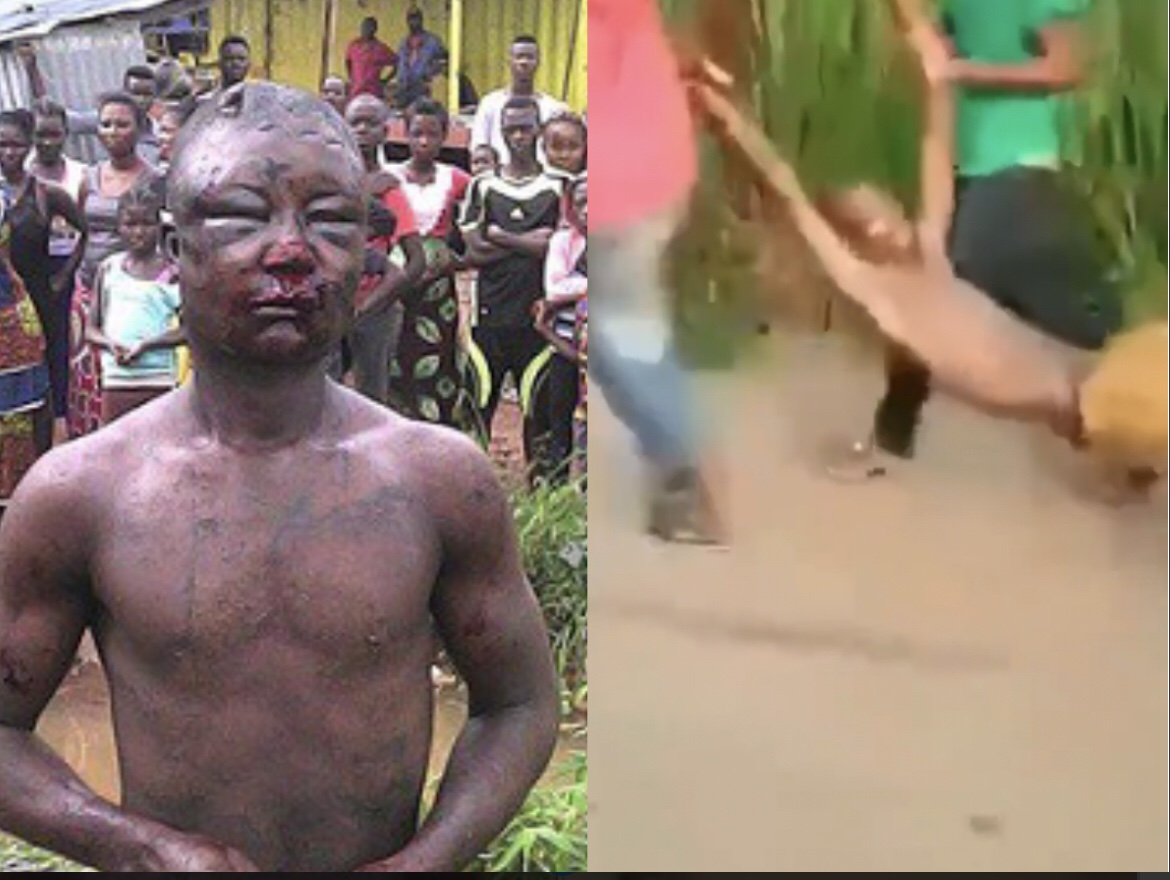 Man who allegedly shot his wife dead at a yet to be known town in Ghana has been busted by the natives of that town after trying to escape.

The man whose name is yet to be known was seen in the video being dragged on the floor as MOB action was being sparked. In the said video, you could hear a woman lamenting over how he shot his wife.

The people in the background of the video were planning to set him ablaze.

This man reportedly has been arrested by the Police after his life was spared.