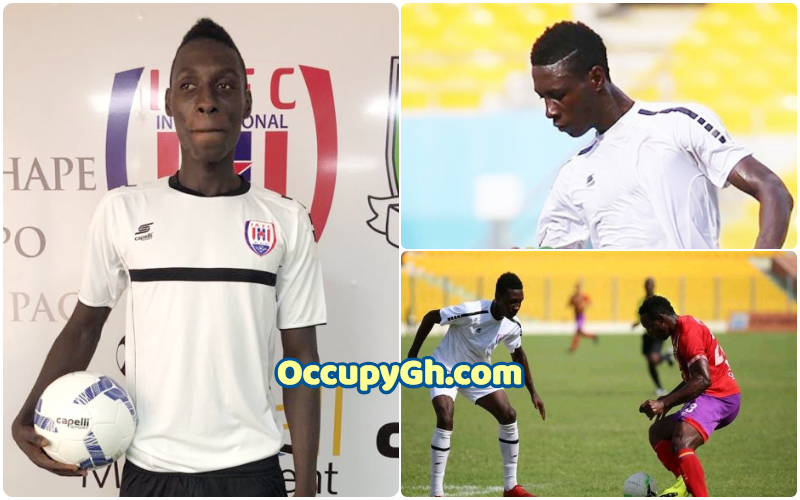 Frank Kwabena Assinki first made headlines after he secured the Most Valuable Player (MVP player) against an Inter Allies game with Accra Hearts of Oak.

Frank Kwabena Assinki has featured under 12, under14, and under 17 stages of soccer.
In 2014 he was transferred to a third Division team called Blessed Assurance F/C where he featured in third Division from 2014 to 2016

Frank Kwabena Assinki later on transfer to on I Second division that year to a team called Third World F/C and from there he made it to the National U17 camp.

The budding star was unable to go for the tournament because of a passport issue and therefore he was dropped.

In the year 2019, Frank Kwabena Assinki was transferred to Inter Allies. He plays with the team currently and has so far featured in 11 out of 14 matches.

Within this period, Frank Kwabena Assinki has been award the MVP against Hearts of Oak.