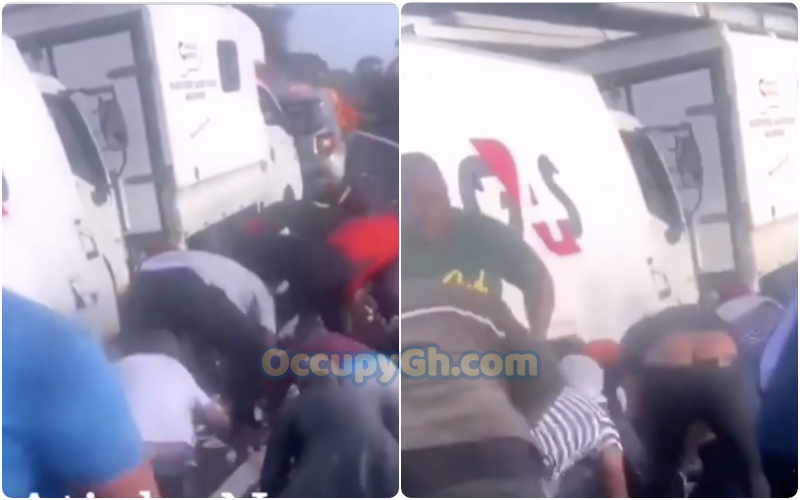 A bank/bullion van has been looted by residents following a failed bank attack that left the van vandalized and vulnerable.

This reportedly happened on the N7 on-ramp in Cape Town, South Africa. The entire community has been left in a frenzied state on the busy road.

Video which has gone viral shows bystanders swarming the armored cash-in-transit truck and taking the money that spilled onto the road.

The scene was said to have unfolded before the eyes of motorists before 7 pm as police managed to arrest four suspects.

A clip from the scene shows a shoot-out in traffic as the suspects tried to evade arrest. Shortly after the exchange of gunfire and subsequent arrests, people started rummaging around the bullion van and loaded their pockets with cash.