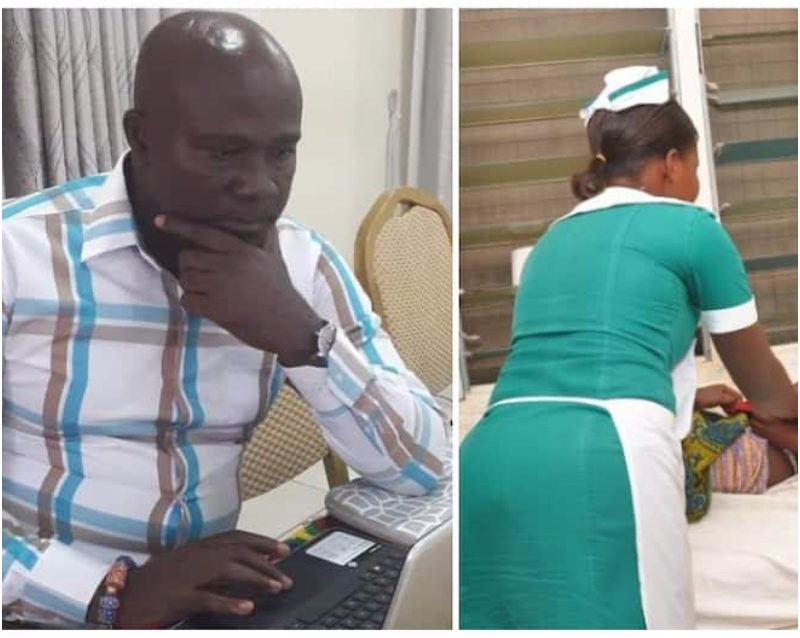 More fresh trouble for Mr. Alex Opoku-Mensah nicknamed the ‘Insulting’ Ashanti NSS Boss as he is expected to appear before a Committee of Inquiry.

The appearance is for a committee to inquire about his verbal abuse of a nurse at the Manhyia District Hospital in Kumasi.

If you will recall, a video yesterday went viral that captures Mr. Alex Opoku-Mensah verbally assaulting a nurse on duty at the Manhyia Hospital.

Mr Opoku-Mensah went berserk on the nurse for allegedly speaking rudely with a house officer who is his daughter.

Mr. Opoku-Mensah in recorded audio is heard calling the said nurse a frustrated science student, adding that if he had the power, no General Arts student would be given the opportunity to be a nurse unless they study Science or Home Economics.

Following his conduct, the Scheme on Tuesday summoned Alex Opoku-Mensah for investigations into the matter.

Speaking in an interview with JoyNews on Wednesday, Executive Director of the National Service Scheme, Osei Assibey Antwi said a committee of inquiry has been established to probe the matter despite Alex Opoku-Mensah’s apology.

“Even though he has apologized to the nurse, we are not just allowing the apology to be enough so he is going to appear before a Committee of Inquiry for us to know exactly what prompted him to do that,” he said.

He noted that the NSS will take further action on the matter after the Committee presents its report to Management.

Meanwhile, the Ghana Registered Nurses and Midwives Association (GRNMA) has called on the government and the Public Services Commission to dismiss Alex Opoku-Mensah.

In a press release on November 29, 2022, the President of GRNMA, Perpetual Ofori-Ampofo, noted that the Ashanti Regional NSS Director is not fit for the position.

“Having considered the content of the audio and the report received from our Ashanti Regional branch, the leadership of GRNMA wishes for the Public Services Commission and government to sack the Regional Director immediately because he is not fit for the Director position in the public service,” the statement noted.

GRNMA further issued a 72-hour ultimatum for Mr. Alex Opoku Mensah to be relieved of his duty or the nurses and midwives of the Manhyia District Hospital would be called upon to lay down their tools.