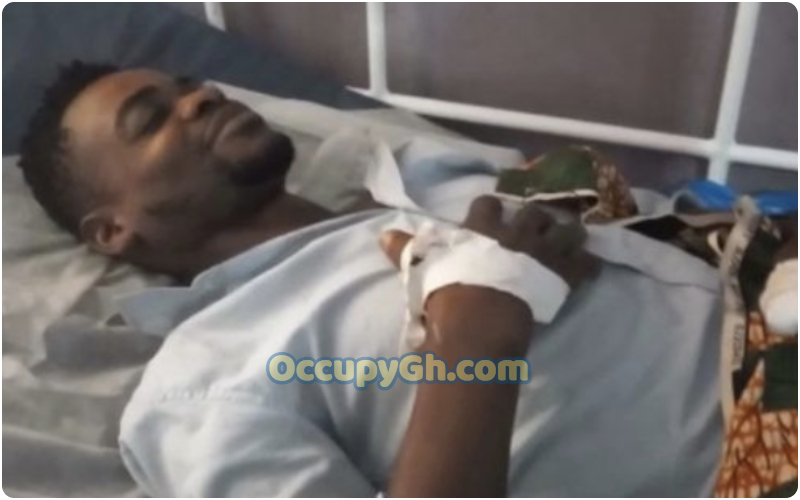 Imagine fighting with a fetish priest over your wife and ending up with your testicles being shot at… yes, that was the story of this unfortunate man who lost his balls.

The incident reportedly occurred during a fight after Kwasi accused the priest of sleeping with his wife at Dwenewoho in Ahafo Ano South West District of Ashanti Region of Ghana.

Speaking to the media, Kwasi said he confronted the priest after seeing him with his wife in compromising positions on several occasions.

“I never believed rumors about the affair between the priest and my wife until I saw the two going on errands on several occasions mostly around 11 p.m. in the night.

“I confronted him when my wife’s attitude confirmed her affair with the priest but he shot me in the process.

“This is not the first time he’s sleeping with a married woman, we have evidence of his acts in our community and so I could not sit down for him to destroy my marriage,” he said.

The priest has been arrested and is currently detained at Mankranso Police pending further investigation.

In this article:Crime, Kumasi, Viral