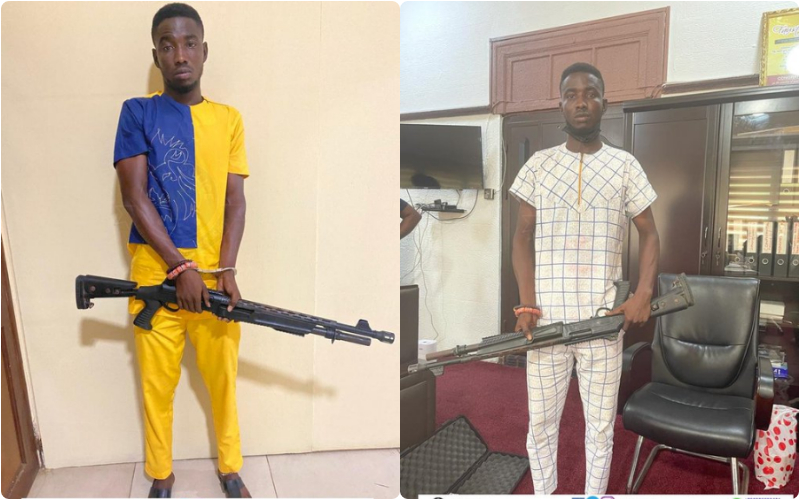 The Ghana Police has arrested a suspect Nii Ponponsuo for brandishing a weapon with threats on social media as per details available to occupygh.com.

The Police Intelligence Directorate, yesterday, Monday, November 22, 2021, arrested suspect, Nii Ponponsuo, after seeing a viral video in which the suspect was captured loading a pump-action gun with cartridges and making threatening utterances.

The Police after reviewing the video conducted a special exercise that led to the suspect’s arrest from his hideout. A search conducted led to the retrieval of one 12 bore SB pump-action gun. Currently, he is assisting the Police investigation and will be put before court tomorrow, Wednesday, November 24, 2021.

The Police Administration has noted that they will continue to caution the general public, especially, individuals who have a penchant for the display of weapons and issuing threats to desist from such unlawful acts.

Anyone arrested will be dealt with according to the law the police have revealed. 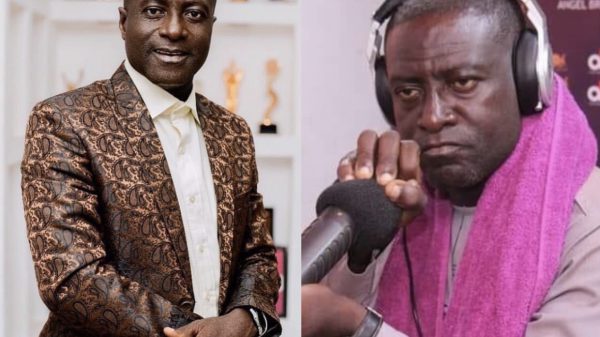 The Media General Journalist known as Blessed Godsbrain Smart has been arrested by the Ghana Police Service following an unlawful statement he made. Captain... 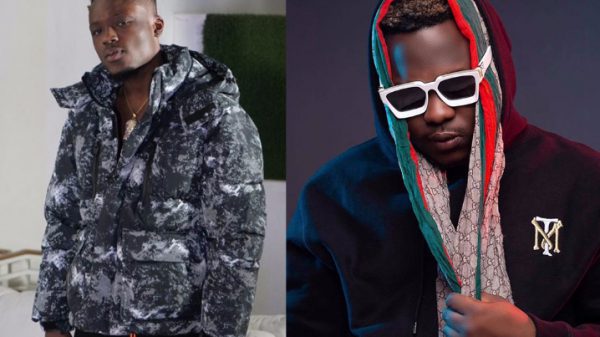 Ghanaian rappers, Medikal and Okese 1 are currently trading serious blows on Snapchat as they ignite a new beef that has been ongoing for...