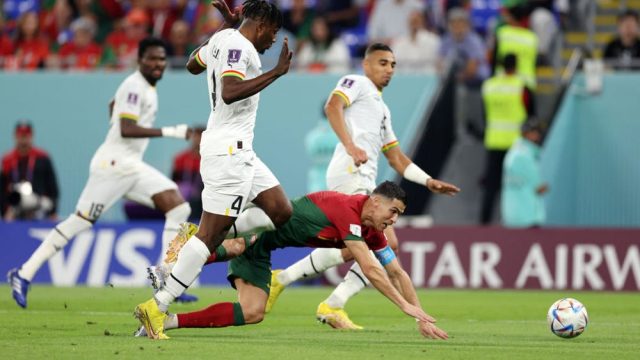 Ghana was ranked as the 24th best team out of the 32 countries that participated in the World Cup in Qatar in 2022.

The Black Stars entered the league as the team with the lowest FIFA rating, coming in at number 61.

The side of Otto Addo was put in a challenging Group H with Uruguay, South Korea, and Cristiano Ronaldo’s Portugal.

They sadly won just one game and conceded seven goals, finishing last in the group.

Ghana dropped their opening encounter to Portugal, but they bounced back to upset South Korea in their next group game.

The Black Stars fell to Uruguay 2-0 and were disqualified from the competition just as they were about to advance to the round of 16.

BREAKING:  Is Black Sherif A Ghanaian or Nigerian?

In light of that, the Black Stars were ranked as the 24th-best team at the just-ended World Cup despite their early elimination.

Senegal also made it to the round of 16, while Morocco, the top-finishing African team at the World Cup, reached the semifinals and finished fourth.