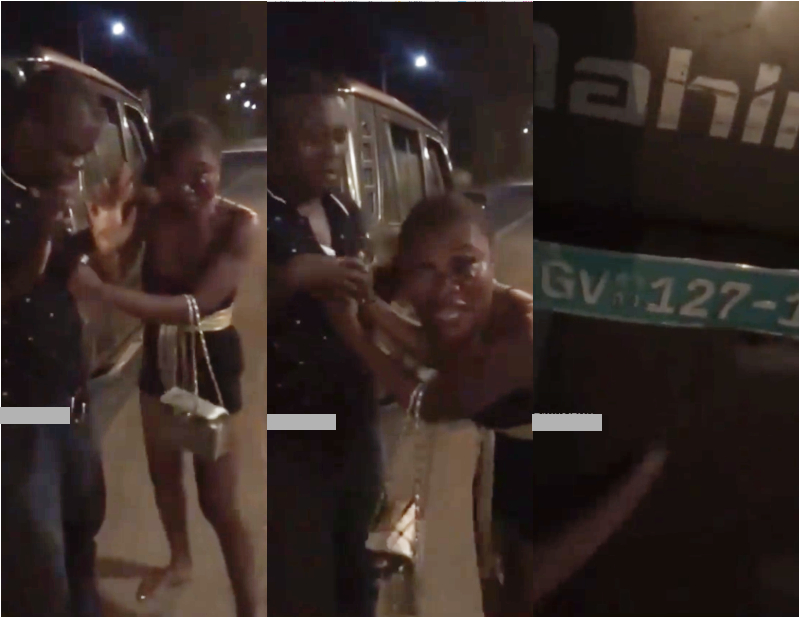 If you will recall, we publish a story that captures a Ghanaian government worker assaulting a S#x worker in Cape Coast after soliciting for her service and refusing to pay.

His arrest follows a Police investigation into a viral audio-visual tape intercepted in which a man was captured assaulting a lady in the night. The victim subsequently lodged a complaint of assault at the Domestic Violence and Victim Support Unit (DOVVSU), Cape Coast, today Sunday, March 13, 2022.

The suspect is currently in Police custody assisting the investigation.

The Ghana Police has since shared a release to thank the public for their assistance in bringing public sanity.

In this article:Crime, Godwin Bayor