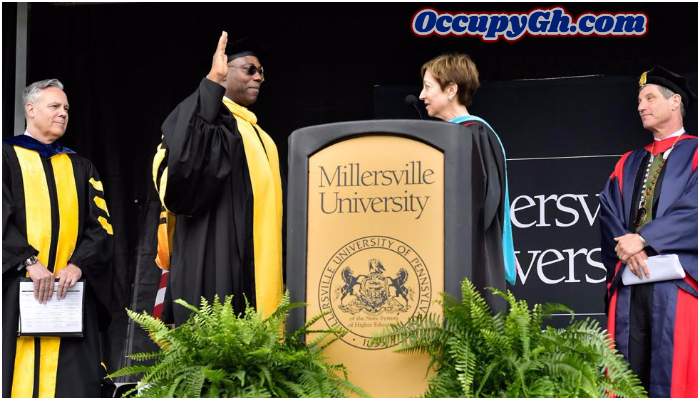 An alumnus of the University of Cape Coast, Dr Daniel A. Wubah, has been inducted as the 15th President of Millersville University of Pennsylvania, United States of America.

Dr Wubah was officially sworn into office by the university in Pennsylvania on April 18, 2019.

A delegation from the UCC led by the Vice Chancellor, Prof. Joseph Ghartey Ampiah, and the Dean of the Centre for International Education, Prof. Rosemary Boohene, were at the inauguration ceremony in Pennsylvania.

Millersville University of Pennsylvania was established in 1855 with the ideals that, teacher preparation and classical learning were essential elements of public education and enlightened citizenship.

Prior to becoming the President of the university, Dr Wubah served as Provost and later the Senior Advisor to the President at Washington and Lee Universities.

He was also a member of a National Academy of Sciences panel that studied the scientific basis for estimating air emission from animal feeding operations.