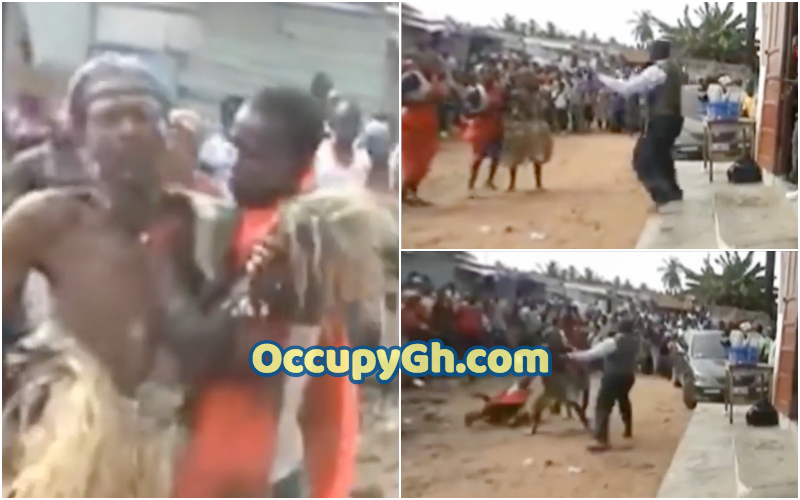 A viral video that has just popped up on social media captures the most fascinating spiritual battle ever recorded in the history of Ghana.

It was a battle between a Ghanaian pastor known as John Yao Tsetse and a fetish priest from Benin as per details gathered by OccupyGh.com.

This alleged spiritual battle reportedly happened in Dansoman Agege No Condition Is Permanent Church adjacent to the Central Mosque on May 9, 2012.

Per the details gathered by OccupyGh.com, the whole situation escalated when the Benin fetish priest came all the way to Ghana for a balance of his money from a woman who happened to have consulted him for healing.

Upon arrival, the woman who was allegedly a member of the church reportedly refused to pay him.

BREAKING:  VIDEO: John Dumelo’s Son Quarrels With Him Over Not Going To School

Fast forward, things got heated up which resulted in a spiritual battle between the man of God who was able to heal the woman he could not heal.

Per the video, the man of God was able to defeat the fetish priest, who they later took into the church’s compound for counseling.

I bet the church was full the next day.