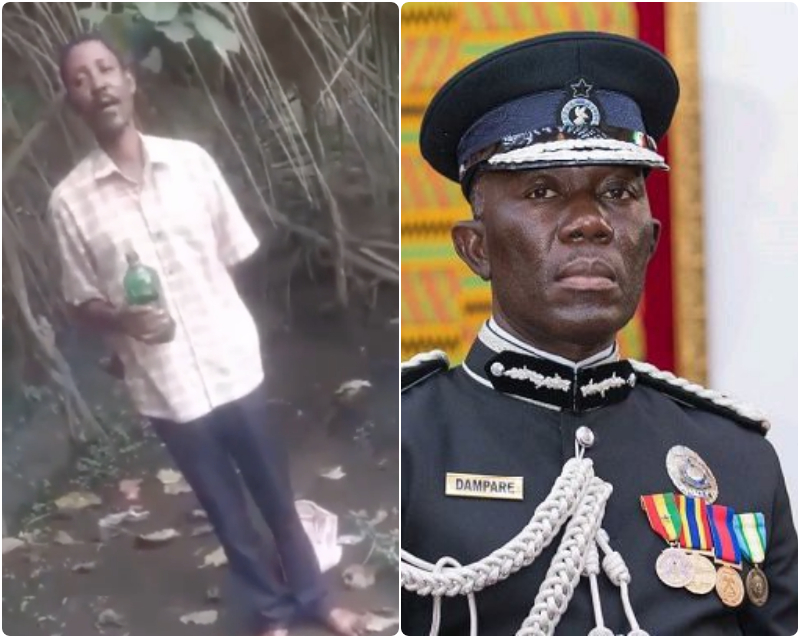 The aggrieved police officer identified as Yahaya Osman a.k.a Alhaji disclosed that he’s currently sitting at home because his commander and two colleagues lied against him to disgrace him.

He gave the name of the commander as Stephen Boadu, and that of his colleagues Asare and Atta Gadafi.

Osman said they accused him of selling weed and cocain£.

He called on the river gods to take action against the police officers for seeking his downfall.

Osman said the river gods have one week to prove their power or he would see them as powerless.

Most netizens who stumbled on the video have expressed their concern about the level of unprofessionalism in the police force.