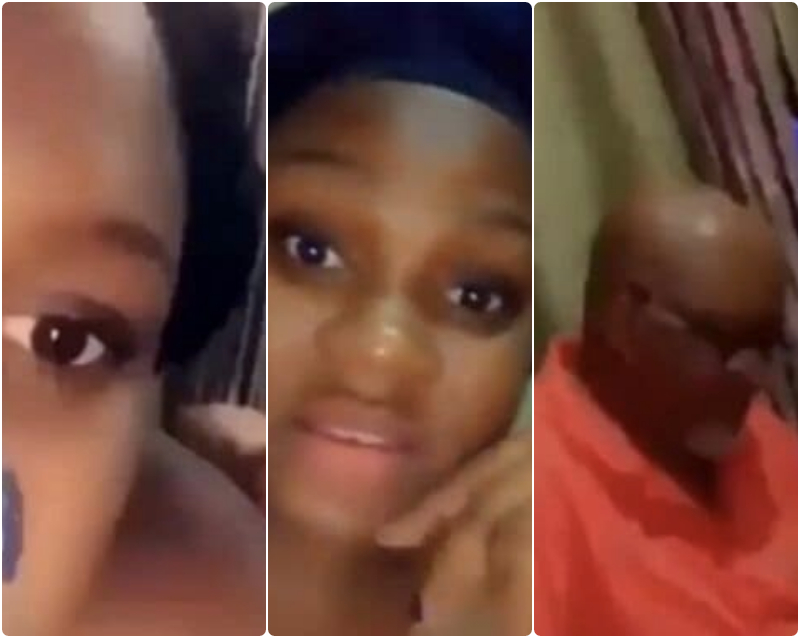 A young lady has taken to her social media page to publicly call out her friend who she identifies as Ada for sleeping with her boyfriend.

The woman shared a video that captures her with her friend Ada’s father.

The major highlight of the 17 seconds video was the moment the lady showed off her friend’s father she slept with.

According to report, Lady who happens to be a 17 year old was still in bed with her friend’s father did that as payback to her friend who allegedly slept with her boyfriend.

The lady was heard saying;

“Ada you slept with my boyfriend, see now I’m in the hotel room with your father. Hello honey say hello”.