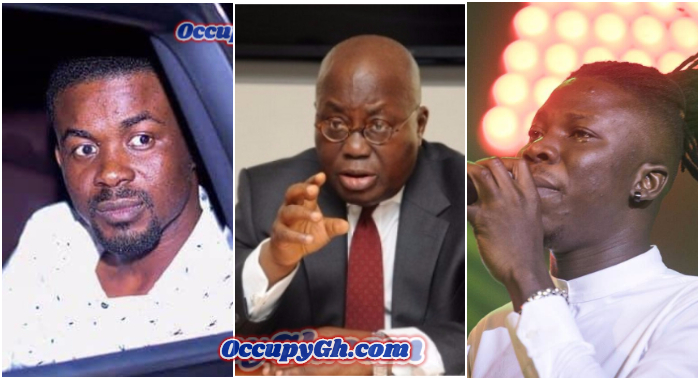 Ghanaian Afropop and dancehall artiste, Livingstone Etse Satekla popularly known as Stonebwoy has stated that he is happy about the unfair treatment meted out to the CEO of Menzgold, Nana Appiah Mensah (NAM1).

According to the ‘Bawasaba’ hitmaker, Nana Appiah Mensah is not a criminal and that he will need confirmation from the CEO himself before he believes the stories about him.

Stonebwoy also called on the government to prove if NAM1 is really a criminal and that NAM1 is not being treated fairly.

He also described Nana Appiah Mensah as a nobleman who created job opportunities for a lot of people.

The award-winning dancehall artiste revealed that he hasn’t been in touch with NAM1 for a while now and that he wishes him the best in all his endeavours.

Stonebwoy was criticized heavily after he commented on a social media post by Nana Appiah Mensah after he won his court case in Dubai.

He was also described as a hypocrite because he failed to render his support to the CEO while he was arrested in Dubai.