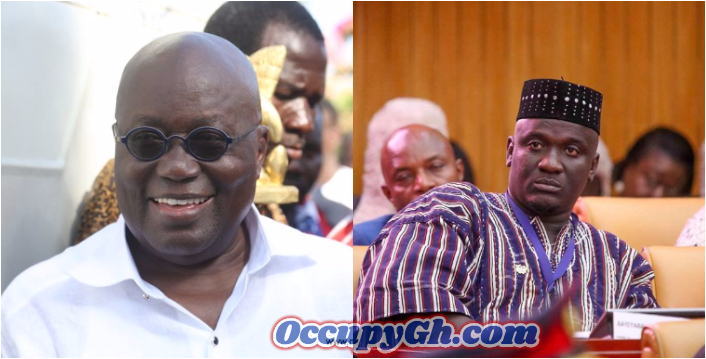 Answering questions before the Public Accounts Committee (PAC) of Parliament on Tuesday, a Deputy Minister of Roads and Highways, Mr Anthony Karbo, said the decision was to avoid delays in the execution of projects, which consequently led to increased costs.

He said when the Minister of Roads and Highways, Mr Kwasi Amoako-Atta, assumed office in 2017, he put together a team to realign and terminate all road projects that did not have matching funds.

Mr Karbo said if a contractor had already started work on part of an affected road project, he would be restricted to that section he was working on.

He said the remainder of that project would be divided into lots and given out on contract as and when funds were available.

Mr Karbo said the decision taken by the ministry was that every project should have a matching fund before the contract for that project would be awarded.

He said the idea was to facilitate the execution of road projects to avoid any additional costs.

“In respect of the payment, in the view of the minister, the longer the delay, the more the government will pay. We want to deal with only projects that have been budgeted for. We want to pay contractors timeously so that they can deliver on time,” he added.

Mr Karbo said the government followed the procedure for the termination of contracts to avoid legal tussles, such as the payment of judgement debts.

For instance, he said, the ministry first issued warming letters before termination letters were sent.

He gave an assurance that the government would pay all road contractors for the projects they had executed and affirmed the commitment of the ministry to protect the rights of contractors by engaging and negotiating with them.

Meanwhile, at the PAC sitting last Monday, the Ministry of Health and the Korle Bu Teaching Hospital said they were seeking a legal option to retrieve GH¢51,000 from a former acting Chief Executive Officer (CEO) of the hospital, Professor A. J. Afua Hesse.

BREAKING:  Afia Schwarzenegger Blast Ken Ofori-Atta and Calls On His Church Leaders To Advice Him To Resign (VIDEO)

The money was captured in the 2016 Auditor-General’s Report for ministries, departments and agencies (MDAs) as having been paid to Prof. Hesse without approval from the Minister of Finance.

The report said the payment did not conform to retirement packages in the Public Service.

According to the report, Prof. Hesse was also keeping a VW Passat belonging to the hospital.

Answering questions before the committee, the Minister of Health, Mr Kwaku Agyeman Manu, and the current CEO of Korle Bu, Dr Daniel Asare, said Prof. Hesse had refused to return the money.

They told the committee that in a letter dated September 29, 2017, Prof. Hesse said the money given to her was approved by the board of the hospital and challenged the hospital authorities to go to court if they wanted a refund of the money.

Mr Manu and Dr Asare said they would refer the matter to the Attorney-General and Minister of Justice for legal processes to be taken to retrieve the money.

Dr Asare said there was no approval from the Minister of Finance for the payment of the retirement package but the board gave the approval for it.

He said Prof. Hesse had returned the VW Passat to Korle Bu.

The Chairman of PAC, Mr James Avedzi, said since Prof. Hesse was entitled to a retirement package, there was the need for the management of Korle Bu to seek approval for her retirement package from the Minister of Finance.

He said if the approved money by the Minister of Finance was less than what was paid to Prof. Hesse, then she should be made to pay back the difference.
Source: graphic.com.gh