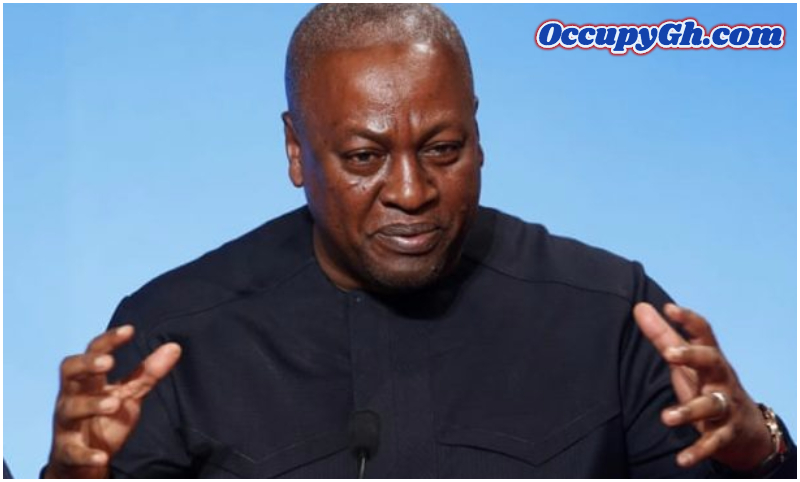 Chief of Akropong in the Ellembelle District of the Western Region, Nana Adu Kwame has observed that greed was the main cause of the opposition National Democratic Congress’ (NDC’s) defeat in the 2016 general elections.

He is advising that if the party is poised to return to power in 2020, then it must as a matter of urgency rally behind the flagbearer and shun such acts which culminated to its defeat.

Taking them through the bible, he likened the return of John Mahama to the birth Jesus Christ and the three wise men who visited baby Jesus but were warned in their dream not to return to Herod who was looking for him to kill.

“Matthew 2:12 – And having been warned by God in a dream not to return to Herod, the magi left for their own country”

“The path that led you to the defeat should be shunned. I want to drive in a bigger car than my colleagues, I want to build and live in a storey building than by colleague and I want to travel using my own jet caused the defeat of the NDC in 2016. If you are all patient and maintain yourselves well, in this coming year you will secure a one touch victory”, he advised

The chief predicted a one touch victory in 2020 for John Dramani Mahama against his close contender and current President Nana Addo Dankwa Akufo-Addo but said that could only happen if the party is united.

Nana Adu Kwame believes that if the NDC organises well with a united front, they will win the 2020 elections because Ghanaians already know the track record of their flagbearer, John Dramani Mahama.