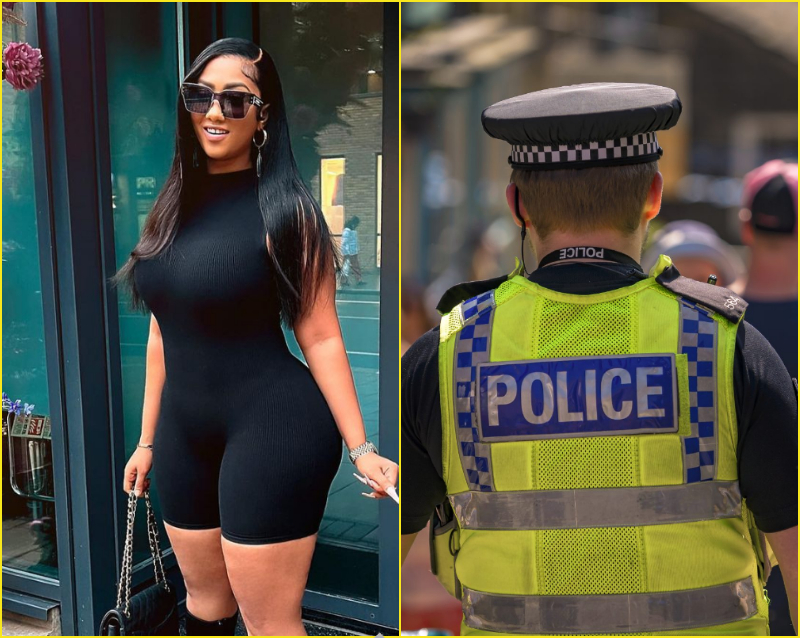 More details about Hajia4Real and her baby daddy’s arrest have been revealed by Instagram blogger Cutie Juls.

The blogger claims that Hajia4Real was apprehended by UK police after being detained at the airport while attempting to go back to Ghana.

The blogger revealed that Hajia4Real’s baby daddy and his cartel, along with their women, participated in a fraudulent act a few years ago that led to the US banning Hajia4Real.

She was placed on the US and UK government’s “red list” though after fleeing to Ghana when her baby daddy was detained some time ago.

“Hajiah’s arrest: The singer was apparently arrested at the airport and not the mall as being speculated by some media outlets.

The actual incident: Hajiah’s ex-/baby daddy popularly known as Love-man and his cartel including the women they were involved than did some fraudulent transactions in the USA

Her baby daddy was arrested whilst Mona escaped to Ghana after jumping bail.

Her baby daddy was deported back to Ghana after serving his term.

Mona has been on the US watch list as she continued living her luxury lifestyle on social media not mostly with the money from that particular transaction going to her ex.

It is believed Love-man rubbed Mona into the crime more during the time when he was in prison.

We have reliably informed her current boyfriend, Mr. Richard Armah has safely traveled back to Ghana.”