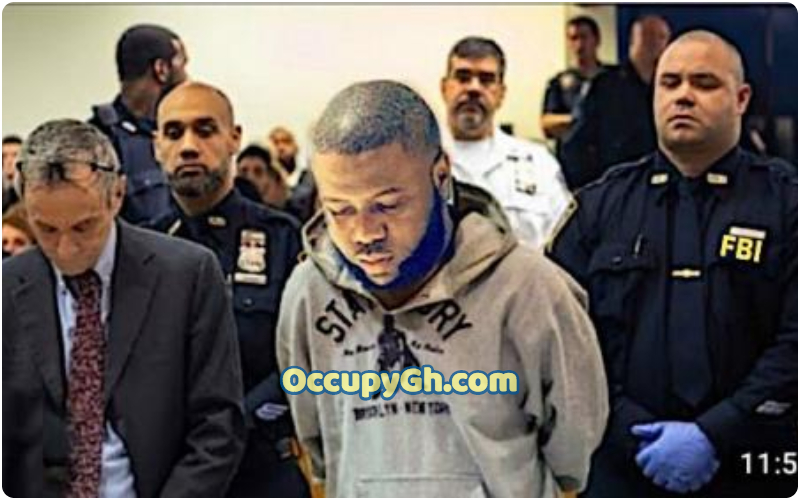 Hushpuppi Seems To Have Lost Immense Weight In American Prison

Hushpuppi, a Nigerian Instagram celebrity who is currently facing criminal charges in the United States of conspiracy to launder money has reportedly been seen looking slim and ill, lost weight.

He is said to have lost immense weight and looking frill in appearance and ill. This is after a photo of the Nigerian socialite looking sick surfaced online.

Until his arrest by the Dubai Police in June 2020 and his extradition to the United States, the 38-year-old socialite had a global following of over 2.5 million followers on Instagram where he posted pictures and videos of his lavish spending on exotic cars, watches, designer clothes, bags from luxury brands like Gucci, Fendi and Louis Vuitton.

He posted videos of himself boarding helicopters, with celebrities, footballers, and Nigerian politicians or while on charter jets.

He claimed to be a real estate developer.

He is facing criminal charges in the United States of conspiracy to launder money obtained from business email compromise frauds and other scams, including schemes that defrauded a U.S. law firm of about $1M, illegally transferred $14.7M from a foreign financial institution, and targeted to steal $124M from an English Premier League football club.

In this article:Crime, Hushpuppi, Nigeria, USA