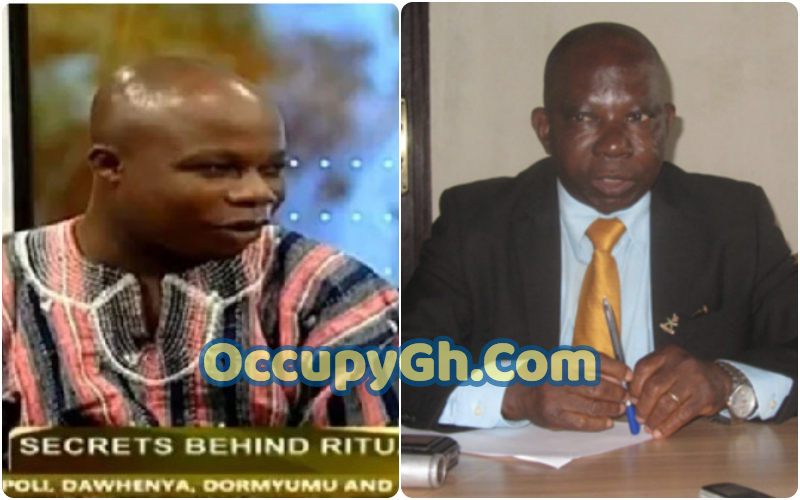 A Ghanaian taxi driver who was arrested after he allegedly confessed to killing people on a radio show has implicated former Ashaiman MP Agbesi.

The accused person was on Monday, September 13 arraigned before the Circuit Court presided over by Her Honour Rosemond Baah Torsu.

He has pleaded not guilty to the charge of Publication of false news contrary to section 208(1) of the Criminal Offences Act, 1960 Act 29.

He has been remanded into police custody to reappear on September 16 for the court to reconsider the bail application.

This was after his lawyer Theophilus Donkor had made a bail application and the same was opposed to by the prosecution.

Chief Inspector Godfeed Bampoe, the prosecutor who held brief for ASP Sylvester Asare argued that the matter is still under investigation and remanding the accused will help the investigators.

Per the brief facts presented to the court by the Prosecutor, the accused “also stated that he buried a pregnant woman alive at Ashiaman to perform a sacrifice for Alfred Agbesi [The former MP for Ashaiman).”

Brief facts of the case as presented to the court by Chief Inspector Bampoe were that, sometime in September 2021, the attention of Police was drawn to a statement made or published on the “Maakye show on Onua Television
station by the accused to the effect that, he buried alive a pregnant woman at Ashaiman.

According to him, upon the receipt of this information, Police launched an investigation into the matter which led to the arrest of the accused.

He said preliminary investigation revealed that the accused is a taxi driver and resides at Wejia, Accra.

He said, it was also established during investigation that on 2 September 2021 at Onua TV morning show namely “Maakye” with the host Captain Smart, the accused in a response to a question from the host stated that he accused has killed several persons in the past.

The Prosecutor said, the accused “also stated that he buried a pregnant woman alive at Ashiaman to perform a sacrifice for Alfred Agbesi [The former MP for Ashaiman).”

“However Police is yet to extend the investigation to locate the scene
of the alleged buried and other persons mentioned by the accused person,” he told the court.