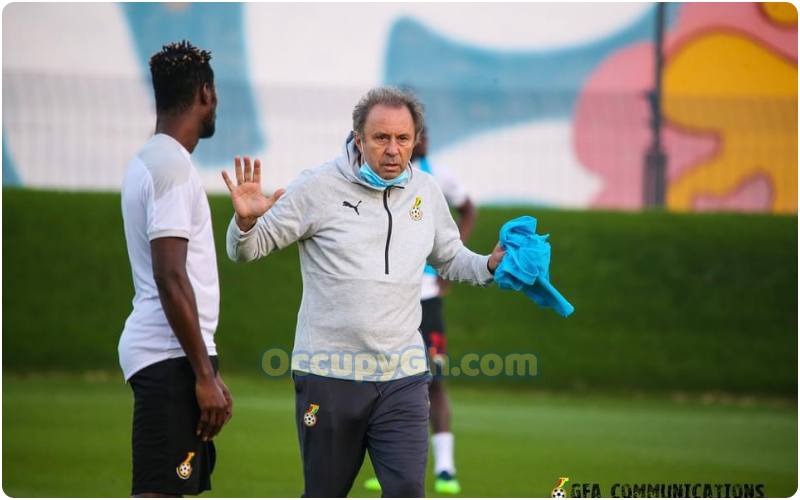 Ghana Black Stars coach Milovan Rajevac has been sacked. His ousting comes just days after an abysmal performance in the ongoing AFCON 2021 tournament in Cameroon.

Milovan was reportedly sacked by The Ghana Football Association (GFA) on Saturday for the abysmal performance.

The decision to dismiss the Serbian was taken following a meeting between the Ministry of Youth and Sports and the Ghana Football Association.

Black Stars failed to win a single game at the 2021 AFCON. Ghana lost to Morroco by a goal, drew with Gabon, and lost to debutant Comoros.

The team, for the first time in 2006, exited the competition at the group stage, a development which courted public outrage with many calling for the dismissal of the coach and dissolution of the team at the time.

On Friday, January 21, 2022, the sports ministry summoned the GFA to a meeting and directed the country’s football governing body to “review the work and capacity of the Black Stars technical team led by the head coach Milovan Rajevac” because “the people of Ghana has lost confidence in the capacity of the current technical team of the Black Stars to deliver success”.

The ministry in a statement said it has “asked the Ghana Football Association to reconstitute the Black Stars Management Committee”.

Barely a day after the meeting, Milovan Rajevac has been sacked.

In a tweet, Saddick Obama, the reigning SWAG Sports Journalist of the Year stated that the 67-year-old has rejected a three-month salary in lieu of notice.

“Serbian will be paid 3 months salary in lieu (but he rejects)”, the tweet read.

Meanwhile, the GFA is yet to officially communicate its decision to the general public.