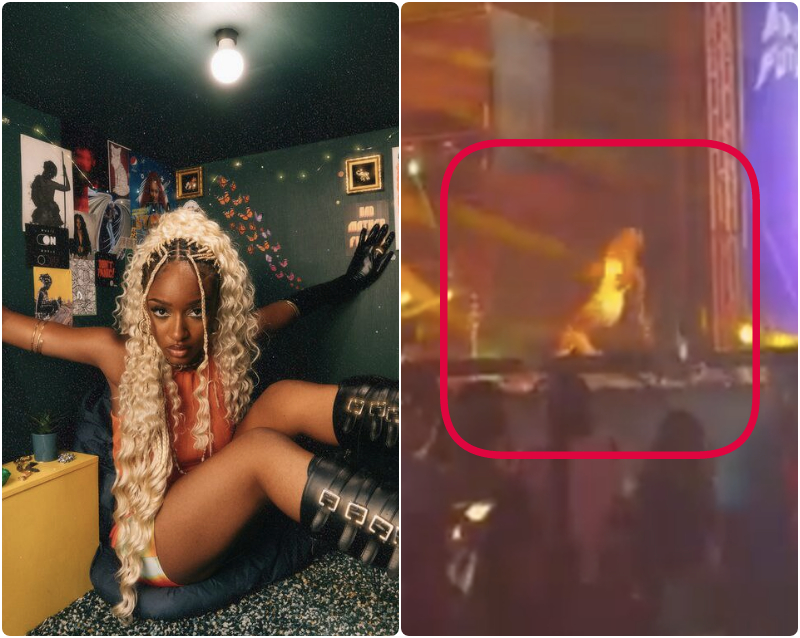 Oyinkansola, the wonderful Nigerian singer and entertainer Sarah Aderibigbe, better known as Ayra Starr, stumbled and fell on stage during a performance at Afrochella 2022.

Ayra Starr was one of the superstars that performed during the two-day music festival.

The two-day event was organized as a part of the festivities that started on December 28 and will end on December 29 to honor Africa’s rich cultural diversity and the vibrant activity of its artists and companies.

Ayra Starr, a Mavin star girl, and diva, performed on the first day of the two-day event with heavy hitters like Burna Boy, Stonebwoy, Asake, Fireboy DML, Kwesi Arthur, Gyakie, and a host of others.

While singing “Won Da Mo,” the number-one hit on her label, the gorgeous Ayra Starr stumbled awkwardly on stage but quickly got back up.

In response to the fall, Ayra Starr initially accused the show’s producers for neglecting to clean the stage before her performance.

Then she continued, saying that it was terrible and futile and that she hoped the man she is longing for would never see the video of her fall.

In this article:Ayra Starr, Falling On Stage