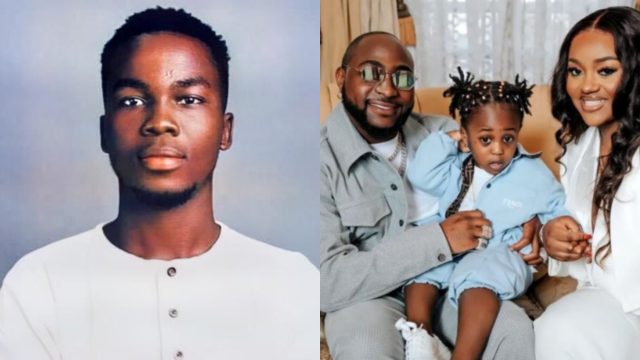 We all recall the controversy surrounding controversial social media personality and self-described blogger Bongo Ideas’s claim that singer Davido was largely to blame for his child’s death.

When he went outside the house with his wife Chioma on October 31, 2022, Davido lost Ifeanyi, his 3-year-old kid.

In light of this, Ifeanyi allegedly drowned in the musician’s Lagos home’s swimming pool.

As Everyone was grieving the musician, Bongo Ideas rather made his wound worse.

According to Bongo Ideas on Twitter, Davido is to blame for Ifeanyi’s demise since he has always been careless and irresponsible.

BREAKING:  Davido and Chioma Get Matching Tattoos On Their Ring Finger (VIDEO)

Davido now appears to be over the loss of his son.

He has since moved on, praying to God to prevent what he has experienced from happening to him in Bongo Ideas’ Twitter DM.

And to that effect, Davido appears to be really upset with what the obnoxious socialite tweeted.

Check out Davido’s message for Bongo Ideas below:

READ ALSO: If A Man Allows His Wife Pay The Bills, He Should Be Ashamed Of Himself: Nigerian Lady

In this article:bongo ideas, Davido