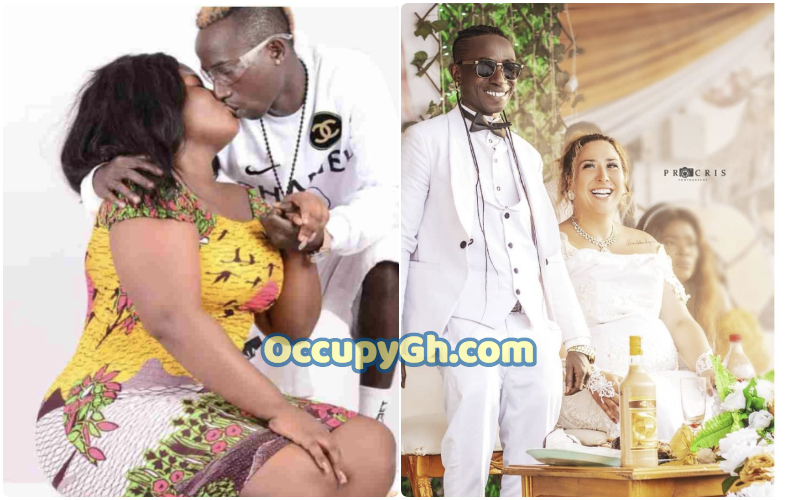 Patapaa’s ex-girlfriend, Queen Peezy has revealed that few days to Patapaa’s wedding with his German wife Liha Miller, she slept with the Ghanaian rapper.

Reasons as to why she allegedly slept with Patapaa is not clear but she revealed that the ‘Scopatumanaa’ singer pleaded with her in Accra and then they did it.

She noted in a recent interview;

“Before Patapaa would marry, we slept together. He pleaded with me and slept with me in Accra. That was 3 weeks to his wedding”

She further accused Patapaa of breaking her heart, detailing that she was okay with the rapper until he traveled to Germany and found Liha Miller.

“Patapaa and I were happy and okay before this lady came on the scene. Things got worse when he traveled abroad. Just after coming back, he changed totally… If I had known that they would marry another woman, I wouldn’t have wasted my time on him”

Patapaa is yet to react to the accusation – depending on how you see it.