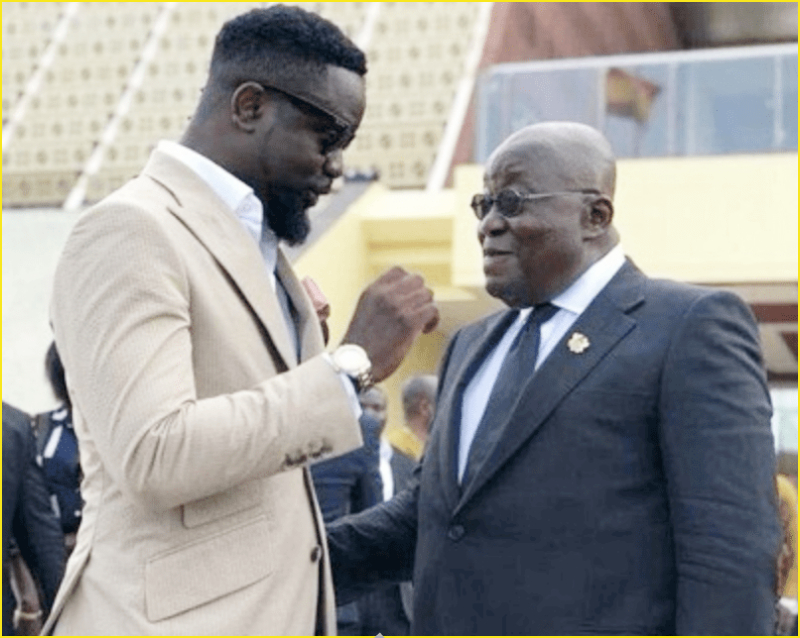 Ghanaian ace rapper Sarkodie has noted her stand to his popular phrase, “Nana Toaso” in the ‘Happy Day’ song.

According to Sarkodie, he truly stand by the phrase.

Speaking on 3Music TV, the #JamzAlbum singer revealed that the message he preached in his ‘Dumsor’, ‘Inflation’, and ‘Masses’ songs during John Mahama’s tenure are issues that persist to date.

Accoridng to him, those old songs are good enough to tackle the situation that is why he isn’t moved to record another one.

“What I said he [Nana Addo] should ‘toaso’, I stand by it because I think I benefitted from Free Education directly and I have the right to say I endorse that because this is directly.

BREAKING:  ASEM: E-levy To Be Reduced To 1% But Will Affect This (See Details)

“My mom has these girls we’ve been supporting. At first, she would call, asking me to help. I am not saying it is much but just the fact that I am not even hearing that, it came from that place and I was specific about what I was endorsing,”.

He also noted that he knew ‘Nana Toasoa’ would be controversial but he still went ahead with it.

In this article:Nana Akufo-Addo, Sarkodie