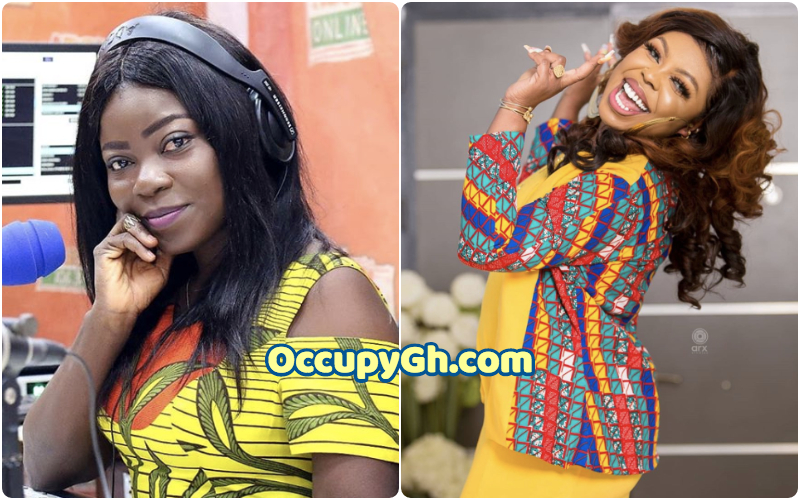 I'm Ready To Be A 'Loudmouth' Like Afia Schwarz - Vim Lady

Media personality Afia Pokuaa aka Vim Lady is ready to take a stand to behave like Kennedy Agyapong and Afia Schwarzenegger according to her latest utterances.

Speaking during her show on Okay FM, Vim Lady explained that some people believe they are uneducated because they communicate in the local dialect, however, the same people are scared of Afia Schwarzenegger and Kennedy Agyapong because they don’t spare those who offend them.

She went on to disclosed that she is ready to verbally attack anybody who finds it cool to insult her.

“This year I’m ready. If you like send your nonsense messages. Like President Mahama said, nobody has monopoly over violence, for us, we will not fight, for us, nobody has monopoly over spewing nonsense. We’ve been quiet for long because we are public figures but for now, if you spew nonsense, we will reply in similar fold. That’s why you’re afraid of Afia Schwarzenegger and Kennedy Agyapong because if you try them, they will not let you go Scot free. We will all go that line.

You Ghanaians who we are seeking accountability and transparency are the same who attack the media. It will get to a point no journalist will ask any questions. They will just keep quiet and watch. Politicians take you people for granted forever. The more you insult Journalist, the more we will shut the hell up and bloody stop talking. When you people watch BBC and CNN and you see Christiane Amanpour and Stephen Sackur and they are drilling politicians, you’re happy about that and say they are bold but when you do same in Ghana, you are told you don’t like the politician.

Do you think if we are not qualified we would have been sitting behind the microphone? The most painful thing is that because some of us speak the local language, you people think we are empty. If we should publish our CVs, like you will know that we are more qualified than some of your Ministers, we are bloody qualified than some of them but you feel that it’s ok to insult us the ones who are seeking for accountability for you. I say the more you insult us, the more we will decide not to speak.”