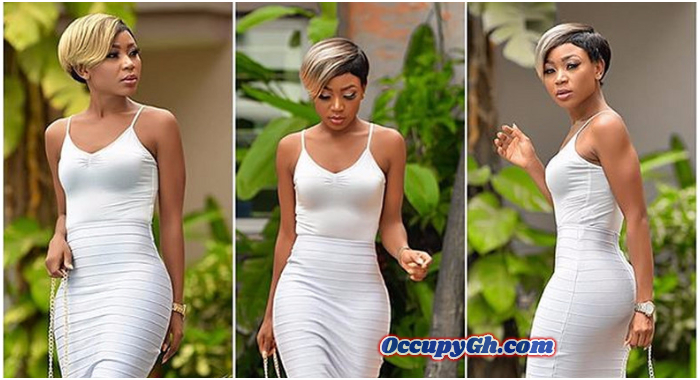 Akuapem Poloo’s ex-boyfriend and baby daddy has shamelessly revealed in an interview with Zionfelix that, he impregnated her in an uncompleted building.

The man who is known as Tony Cassano aka Mr. Foko and a carpenter revealed in the chat that he dated Akuapem Poloo for two years when he met her in Akuapem then where he had gone to do some carpentry work.

On how she impregnated Rosemond Brown, he revealed that Rosemond Brown got pregnant unexpectedly in an uncompleted building at East Legon – so he asked her to abort their son which Rosemond refused.

He further added that he’s pleading with the family of Rosemond Brown to solve the problem amicably so that he can finally take good care of his son.