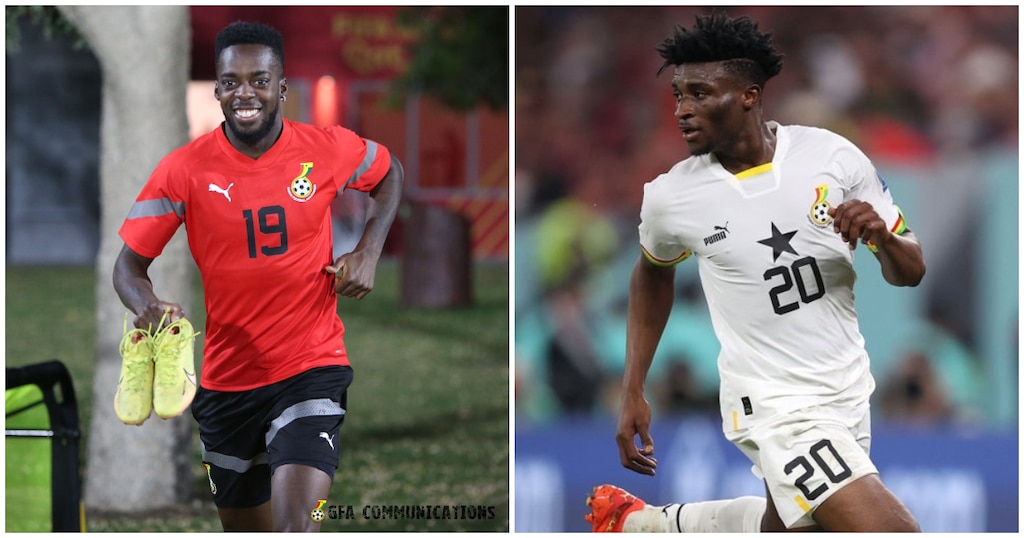 Mohammed Kudus will soon sign with a top club like Real Madrid or Barcelona, according to Inaki Williams.

Ghana’s performance at the Qatar 2022 World Cup was significantly influenced by Kudus, who starred against South Korea and Portugal.

He provided an assist in Ghana’s 3-2 defeat to Portugal in their opening group game and scored twice in their triumph over South Korea.

Ghana’s performance at the Qatar 2022 World Cup was significantly influenced by Kudus, who starred against South Korea and Portugal.

Inaki stated this in his own words:

“I think Ajax is starting to get too small for him and hopefully he will make the leap to a big club soon,” Williams told Radio Marca.

“I would have liked him to have had a Basque family member to be able to bring him to Bilbao because he is a bomb, he is a machine. He is very complete and with his young age, he still has a lot of room for improvement.”

Replying to a question on whether he sees Kudus playing for Barcelona or Real Madrid anytime soon, he said: “Yes. I see him playing in a big club. He has plenty of potential and a great margin for improvement, his ceiling has not yet been seen at all. I think he may be a revelation before long.”