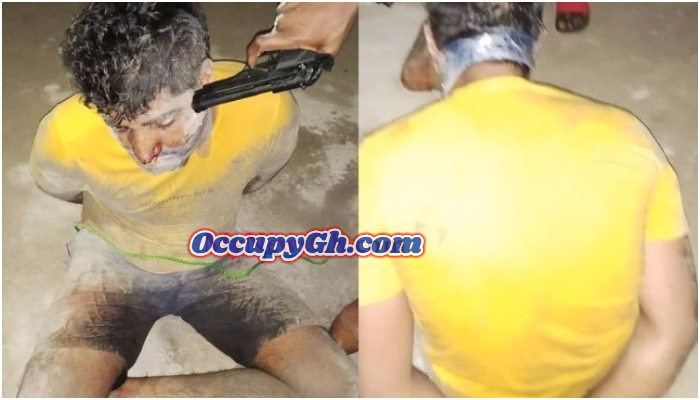 Reports just reaching us indicates that a 30-year-old Indian businessman, Umpakan Chodri has been kidnapped by unknown persons in Kumasi the Ashanti Regional Capital.

Police sources reveal that three unidentified men onboard an unregistered Toyota Salon vehicle at gunpoint forced the victim who was driving a black, Mazda CX-7 with registration number AS 5442-17, into their vehicle at Ahodwo Kumasi and sped off.

They are reported to have called his relation, Tamil Kumar who is a businessman demanding a $500,000 ransom for his release warning him not to involve the police and sent images of a gun pointed at him with his hands tied to his back.

“If you involve the police we will stop communication and leave his dead body at the roadside. You are warned”, they warned in a message to the relation of the suspect.