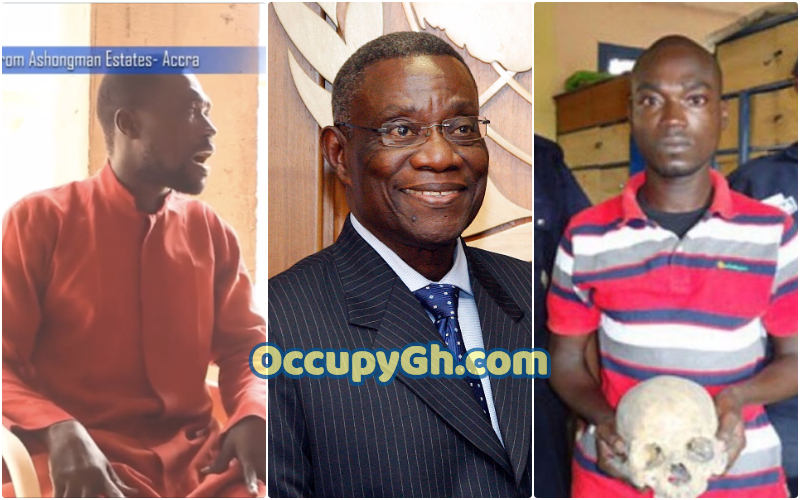 Former rapper Motia who was signed to Hammer of the Last Two compilation has made a shocking revelation of what he saw while in prison.

Motia served 6 months in Koforidua Prison after he was caught in possession of a human skull.

The former rapper who now goes by his real name has turned from his old life and now acclaims himself as a preacher of God’s word.

In a sit-down with Emmanuel of BibiniTV, Motia made some shocking revelations. One of these revelations was what happened when Atta Mills died in the year 2012.

According to the ex-convict, the news of Atta Mills’ death caused a joyful celebration in the prison yard where he was serving his jail term.

According to Motia, the prisoners jubilated at the sad news of the Ghanaian president because of what he had said about them.

Mills refused to sign amnesty during his regime as President of Ghana and that was why the prisoners jubilated.