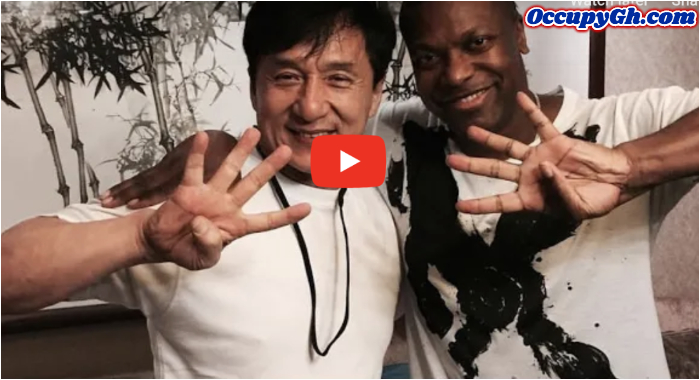 The popular movie ‘Rush Hour’ which features Jackie Chan and Chris Tucker has seen its 3 phases and movie lovers are yearning for the fourth part of the movie.

It has been 12 years now since we last saw the two characters in action in the popular ‘Rush hour’ franchise.

Jackie Chan and Chris Tucker have just brought back the appetite of the movie as they have made a huge suggestion that the movie is on the way.

In a picture posted by American actor, Chris Tucker he was seen with Jackie Chan holding the number four(4).

The photo shared by the actor had lots of reactions with many showing their excitement about the news.

One fan wrote: “I have been waiting for long time. Rush Hour is amazing.”

Another added: “Rush Hour 4 yeah finally, this is awesome.”

Chris Tucker who plays as a detective James Carter alongside Jackie Chan’s character Chief Inspector Yan Lee recently divulged that the process of making the 4th movie is taking longer than expected.

Tucker in his appearance on the podcast also made a revelation about his co-actor Jackie Chan.

According to him, he was a big Jackie Chan fan before he worked with the actor and martial artist.

“I was a big fan of Jackie Chan’s before we started the first Rush Hour so I was excited.

“And I knew that my comedy style would work good with his martial arts and his comedy, so it was a perfect match for me because I could be physical and be funny in that certain movie,” Tucker added

There have not been any official confirmation of the fourth part of Rush hour but movie lovers anticipate for ‘Rush Hour 4’ soon.