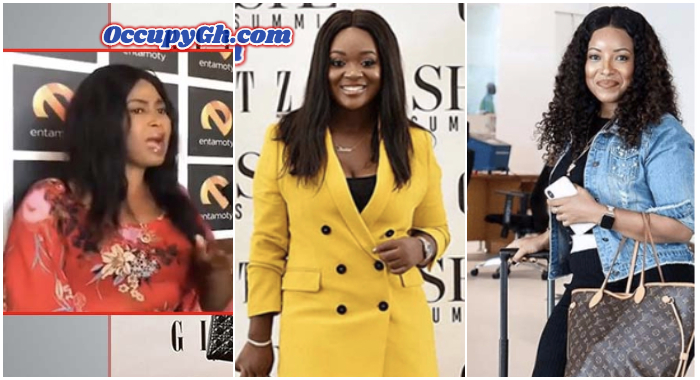 According to the actress in an interview on Entamoty Media, she revealed that she has chanced on Jackie Appiah and Joselyn Dumas at Movenpick Ambassador Hotel in a hookup session.

Linda Gyamua alleged that she saw the two beautiful actresses hooking up with some big men in the Accra based hotel.

She added that Joselyn And Jackie usually charge in dollars and not Ghana cedis.

Her allegations support the perception that most female actresses in Ghana engage in promiscuous acts to get money to live their glamorous lifestyle.