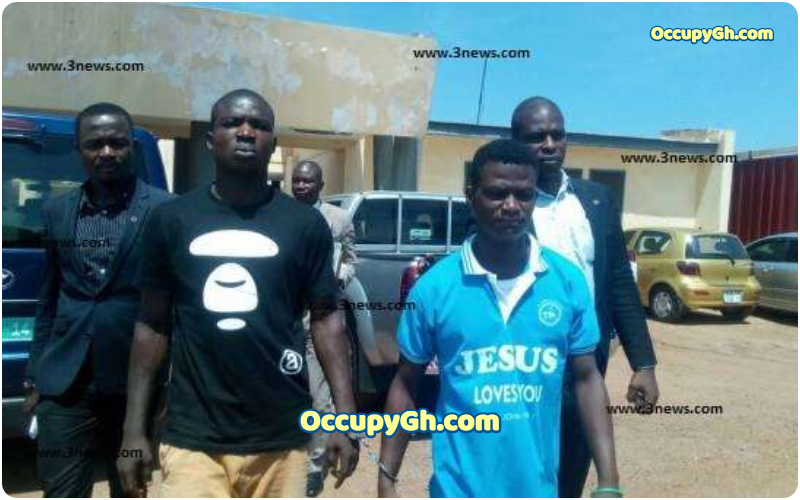 One of the accused standing trial over the murder of former Abuakwa North Member of Parliament JB Danquah Adu has told an Accra High Court that the ghost of the lawmaker is haunting him.

Daniel Asiedu, who was in tears, said he has not been able to sleep for some days now.

He insisted he was contracted and given some amount of money to murder the late MP but told the court Vincent Bosso, who is the second accused, is innocent, urging the court to discharge him.

He added that he did not jump the wall at the Shiashie residence of the MP to kill him as reported but some individuals in the late MP’s house opened the gate for him to gain access.

Presiding Judge Justice Lydia Osei Marfo told him the court cannot decide on anyone’s faith until trial is over.

She told Daniel Asiedu to tell his lawyer whatever he had to say instead of doing it himself.

The court was supposed to impanel the jury but was suspended due to the non-availability of counsel for the accused.

The Abuakwa North MP was stabbed multiple times on February 9, 2016.

Daniel Asiedu and Vincent Bosso were then arrested for their alleged involvement in the murder. They have been charged with murder and abetment.

The case, which commenced earlier at the High Court, is to be tried under a new judge, Justice Lydia Osei Marfo, after Justice George Buadi was transferred.

The case has been adjourned to Wednesday, March 18.

In this article:Crime, J.B Danquah