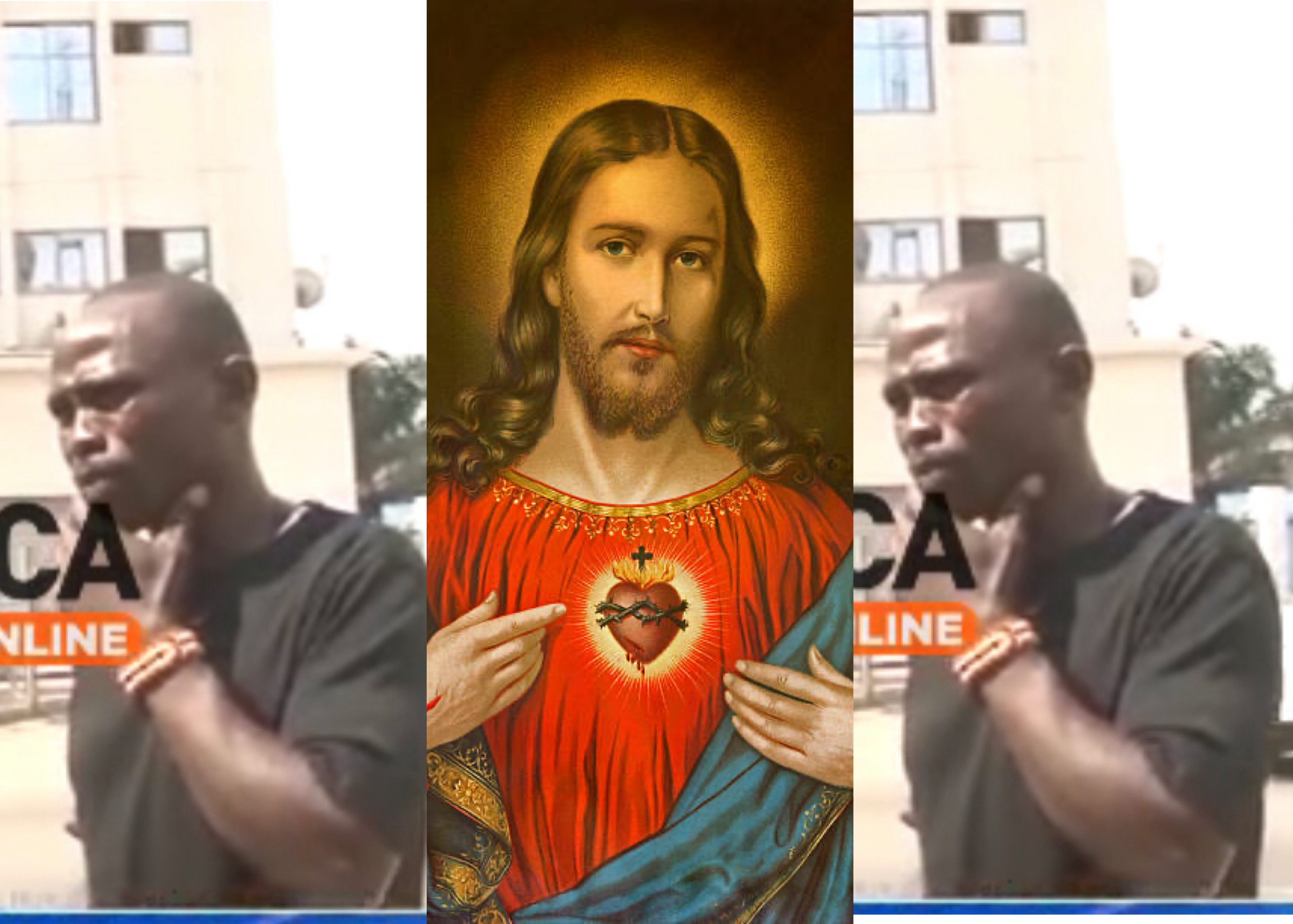 Each day and the problems it brings, we will be there thinking about ourselves and someone will bring something to spark controversy on the socials.

An anonymous man has sparked controversies among Netizens after revealing that he is Jesus Christ, son of the Messiah we’ve been talking of for a century now.

According to him, he didn’t know that he is Jesus but God revealed to him that he is the one after seeing the miracle he did in the old days.

He said he can do miracles upon miracles, he can make the blind see, wake the dead, heal the sick, and perform several miracles.

He was interviewed on TV Africa to vindicate himself for claiming of being the only Son of God, Jesus Christ.

He is not ashamed not joking, he is fully confident that he is the one.