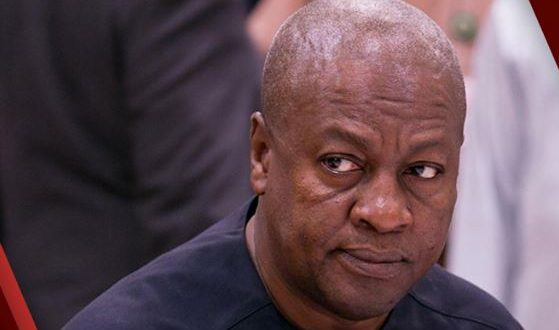 It seems former President John Mahama is not doing away with sharp bitterness towards the introduction of the Free Senior High School (SHS) programme by the Nana Addo led government.

The former President whose opposition National Democratic Congress (NDC) party claims to be a socialist party and as such expected to be pro-poor, has been kicking against the Free SHS programme which is benefiting poor students and their parents.

The Free SHS initiative has been dear to the heart of President Akufo-Addo who expressed great commitment to ensuring that every Ghanaian child gain access to higher education.

But Mr. Mahama is back again with his seemingly unnecessary doom prophesies on the policy, saying parents will soon start losing faith in the public senior high school system because of the drop in quality with the introduction of the free SHS programme.

Speaking at the University of Cape Coast (UCC) in the Central Region on Thursday, April 11, 2019, Mr. Mahsma said “what we are doing with this huge influx into the secondary school system [due to the free SHS programme]…is going to affect the quality of the public schools. And soon we are going to find a system where people lose faith in public schools and everybody will pay to take their wards to private secondary schools. That is the danger we are talking about.”

The policy was a campaign promise the New Patriotic Party (NPP) made as far back as 2008.

As the former President keeps roaming with ‘tears’ over the policy, the number of enrollment continue to soar yearly, with an indication that parents are highly in favor of the policy.

The first year of the programme recorded an upsurge in enrollment, with about 400,000 students starting school in the 2017/18 academic year.

GHc1.682 billion had been earmarked for the implementation of the Free SHS programme in the 2019 budget.
Source: DailyGuide