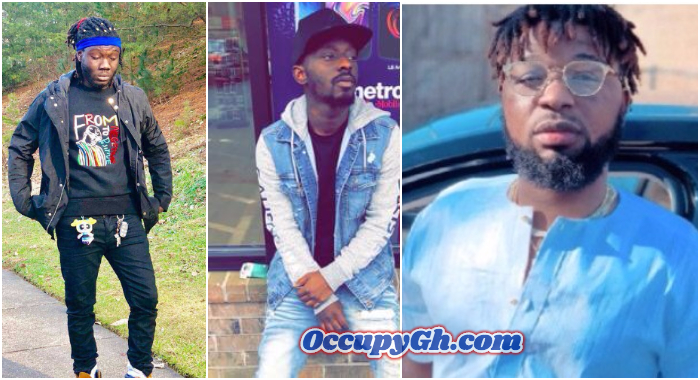 A video of a chat involving the deceased Junior US and Stanley Kodia has surfaced online hours after the former’s death.

Junior US, a protege of Shatta Wale was assassinated in his house in Georgia, United States of America.

From the video chat he had with Stanley Kodia before his death, he issued an advice to a certain Limo not to mention his name with threats.

According to Junior US, Limo, the friend of Showboy who’s serving a prison sentence issued threat to him on social media.

He there used to medium afforded him by Stanley Kodia to advice him not to mention his name lest he reports him to the Georgia State Police.

Junior US added that though Limo may not have any intention of carrying out the threats, someone might hide behind it to settle some scores with him.