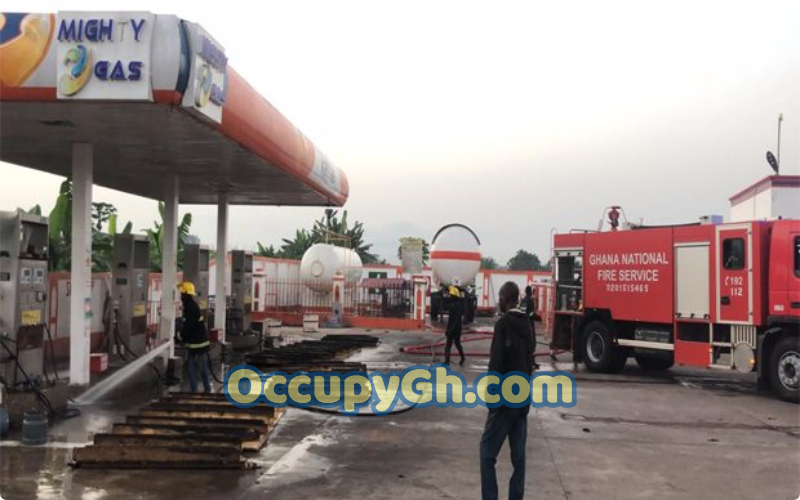 A piece of sad news privy to OccupyGh.com indicates that a mother has died in a gas explosion in Koforidua; the husband and the baby of the deceased woman severely injured.

Her husband, Zakaria Osmanu aged 29 years and their seven (7) month old baby survived the explosion with a second-degree burns.

They were also admitted at the Eastern Regional Hospital in Koforidua.

The cause of the explosion is yet to be ascertained, however, an eye witness close to the incident who spoke to us revealed that the explosion was caused by a leaking tank.