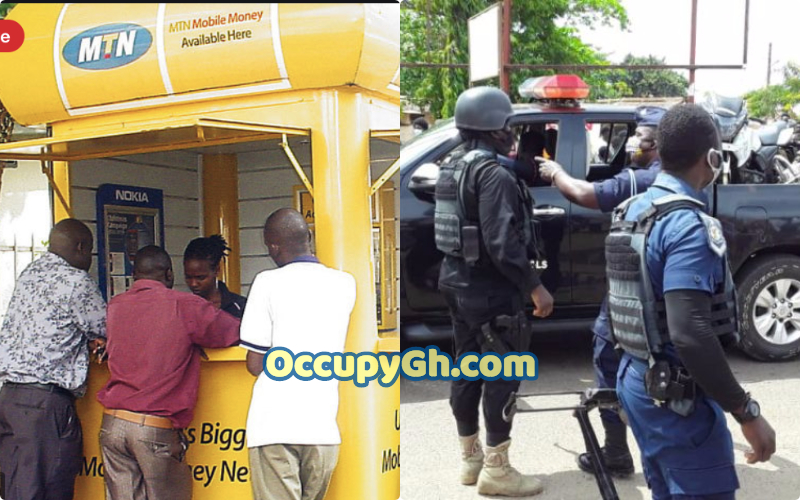 Armed Robbers have attacked a Mobile Money (MoMO) vendor and an electrical shop at Kasoa as per new details privy to OccupyGh.com.

According to the victim who spoke to Adon News, she was attacked by two men who played the ploy of patronizing her mobile money service.

They attacked her with a gun as they forced her to give out all her money.

According to the young lady, she was adamant as she engaged the robbers in a verbal attack until they slapped her. That was when she realized the danger at stake.

She gave out all her money to the robbers who were not happy with it because it was not enough. They then walked into a nearby electrical shop to play the same ploy on a young sales lady in there.

They later bolted away with the money and although people around tried to stop them, the sounds of gunshot deterred anyone from probing further.