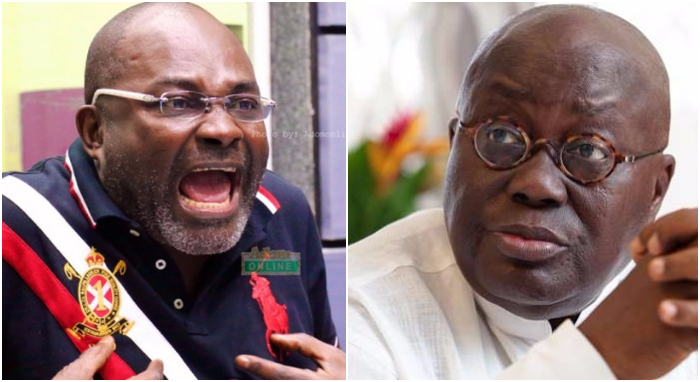 Member of Parliament (MP), Kennedy Agyapong, a tough political member of the NPP political party has expressed regrets over some decisions he made talking to some party members in his constituency.

According to him, he has been used by the party and at a point abandoned to be subjected to what could pass for a national disgrace in parliament which he says has informed his decision not to seek reelection in 2020 as a lawmaker.

The NPP firebrand who at a point was visibly angry at Nyan kumasi a suburb of his constituency, asked the audience to record what he was saying and play to the hearing of the national hierarchy of the party that he has had enough of them and it was time for both to part ways.

“The way NPP has used me, when they were done they separated themselves and allowed all the disgrace to come on me. I am opening up today to you people, you can record and play to them. If I observe how I have lived my life and the way the NPP wants to treat me, I am calling it quits…I won’t stand again”, he insisted.

Citing an instance where he feels used and dumped, he recounted the Anas Aremeyaw Anas video where some party bigwigs were implicated and required his intervention to calm the situation down only to face the music in an embarrassing spectacle all alone in parliament.

“When the Anas case came, those who watched the video saw that it was going to embarrass them so they sent emissaries to my house at 9pm. My wife and I had to wake up and moved to a radio station to defend the party. The aftermath was my biggest disgrace in parliament like a child. I have had enough, I am not going again”, he said to applause of his constituents.

“Anybody who is at the NPP headquarters lobbying to be a Minister if I am not an MP he cannot run me down. Nobody can also come and ask me to leave my house at 7am and go to defend the party on radio or television. Politics is not the only means through which one can make it. I am tired of NPP and the embarrassments.”