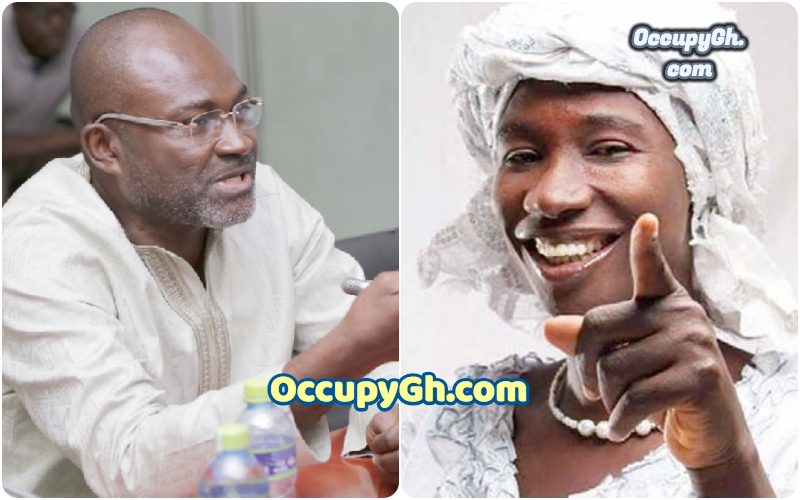 Ghanaian outspoken politician and business mogul Kennedy Agyapong has warned Cecilia Marfo to desist from her ‘inhuman’ acts or end up being exposed.

Taking his attention off Bishop Daniel ‘Angel’ Obinim, the angry lawmaker has taken it upon himself to expose fake pastors in Ghana says Cecilia Marfo is her next target.

According to him, the gospel musician turned prophetess spits into people’s mouths as part of her fake healing and has cautioned her to stop or face his wrath.

“We cannot allow this woman, especially in the era of COVID-19, to be spitting into people’s mouths. It is so disgusting. Are you mad?”

“Get ready, I’ll face you. You’re deceiving the public, deceiving the people in this country. When I start with Cecilia Marfo, I don’t want anybody to come and tell me that she is a woman,”

BREAKING:  Ghost Caught On Camera Haunting Mother and Kids In Their Home (VIDEO)

Kennedy Agyapong made all these mild allegations yesterday while speaking on ‘The Seat’ via his own Accra-based Net 2 Television.