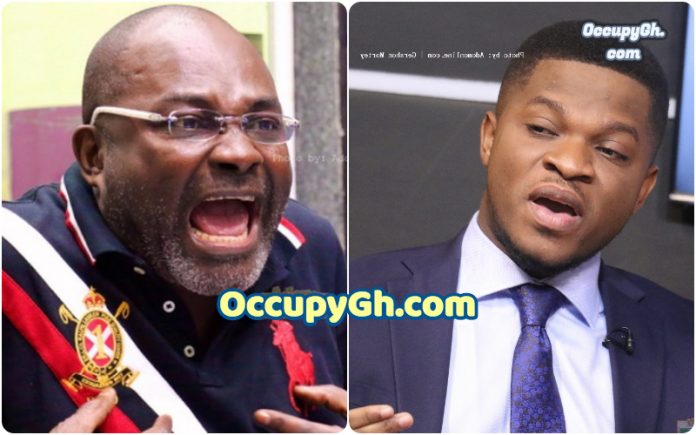 Ghanaian politician and member of Parliament for Assin Central Hon. Kennedy Agyapong has reacted to the claims alleged by the National Communications officer for the Largest Opposition Party NDC, that him Hon. Kennedy has caused fears and panic in the “Ewes or Ayebes” and the “Denkyiras” in his constituency and has denied them of their right of Partaking in the ongoing voter registration.

On Asempa FM today on the “Ekosiisen show” Hon. Kennedy has reacted to those allegations. According to him, he was very surprised when he saw the video of The communication officer making such allegations because nothing of such sought is happening in his constituency and that the voter registration exercising is ongoing smoothly there.

He added that the people in his constituency have even assured him to rest because he has already won the election when he went for a tour here. In his exact words, Hon. Kennedy Agyapong said:

“I’m surprised all the soldiers are silent because of Understanding democracy and I’m not sure that when his founder started the coup, he was born at that time. How can you say you flash the soldiers out and when are you coming to flash them out”.

What Kind of stupidity is that? Let me dare him if he thinks he is a man, let him a joke and I will silence him in 3 seconds. He is a bad boy and why does he talks like that and think there is no man in Ghana. He wants to destroy the peaceful atmosphere were are enjoying.

Meet 11-Year-Old Youngest Mother In Nigeria, Reveals How She Got Pregnant