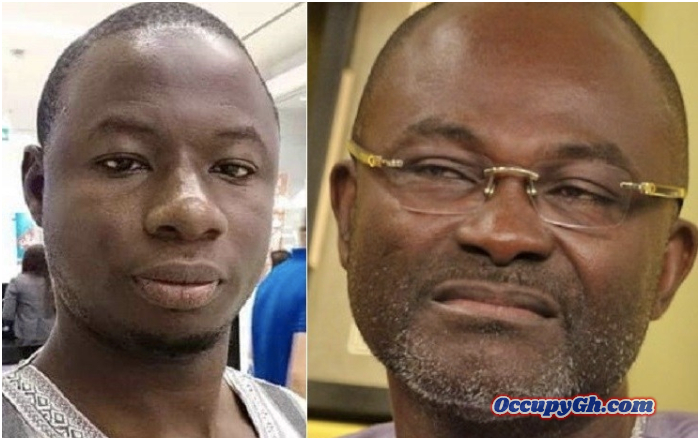 An executive of the governing New Patriotic Party (NPP) who has dropped a hint about the arrest of two suspects in connection with the murder of Ahmed Hussein-Suale, a member of Tiger Eye PI has stated that controversial Member of Parliament (MP) for Assin Central, Kennedy Agyapong stands vindicated.

He disclosed that some persons including ace investigative journalist, Anas Aremeyaw Anas tried linking the death of the journalist to the NPP firebrand but the new twist in events further goes to vindicate the point that he is completely innocent.

Kwame Baffoe alias Abronye DC who dropped a hint about the arrest of the suspects, revealed that one of them is currently in Bureau of National Investigation (BNI) custody and is believed to have been the one who pulled the trigger.

“They wanted to lie on Kennedy Agyapong and disgrace him but he was arrested and taken to Kotobabi Police station but when they realized he was linked to Anas Aremeyaw Anas, they released him in less than 30 minutes. The one who pulled the trigger is in BNI custody. Whatever he is saying let Ghanaians hear it because Anas is not a tin god”, he revealed on NET 2 Television on Wednesday monitored by MyNewsGh.com.

According to him, Kennedy Agyapong is also working behind the scenes to ensure that the suspects are apprehended in order to clear his name which effort led to the arrest of the two and one granted bail.

Kennedy Agyapong last month observed that his reputation is on the line following the murder of Ahmed Hussein-Suale in January this year and therefore must fight to clear his name.

Making an appearance on NET 2 TV on Monday, the businessman promised to furnish the police with the evidence he has gathered so far indicating that it will shock the country what he has found out so far.

According to him, residents of the area know the people who committed the crime and must help divulge vital information that will lead to their arrest placing a GH¢100,000 on the murderers of the late undercover journalist.

“Someone is dead and no matter his mistakes he has a right and life to live. The area boys saw that this person came around on a motorbike and sat with them from 3pm to between 9:57 and 10pm before committing the act and nobody is talking to the police. Nobody is helping the police”, he wondered in an interview monitored by MyNewsGh.com.