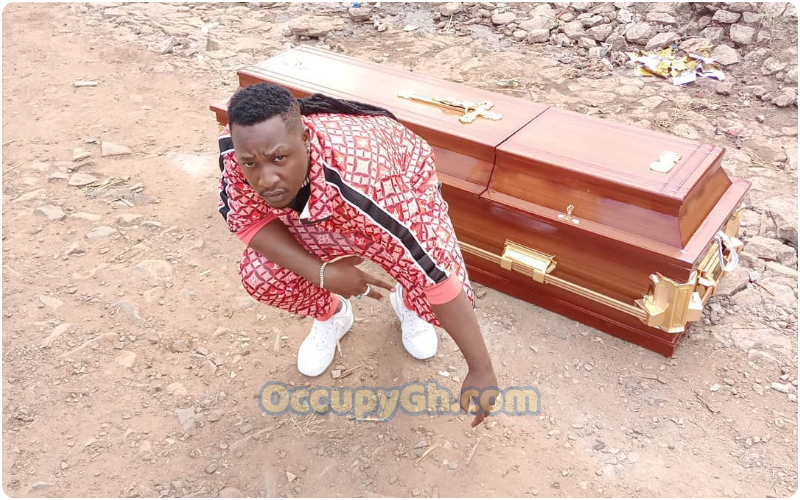 Kenyan rapper, Japesa, has sent his fans into a berserk state after he bought a coffin to prepare for his death.

BREAKING:  Abena Korkor Rain Curses On All The Men She Has Slept With (VIDEO)

Japesa is notoriously controversial. He is said to be the male version of Akothee.

Japesa says that he bought the coffin so that when he dies, his family will not hold a fundraiser.

“Bought myself a coffin. Just incase nikufe msisumbuliwe na till number,” he posted and shared a photo posing alongside the new coffin.

Check out the photo below or visit OccupyGh.com for more related stories.