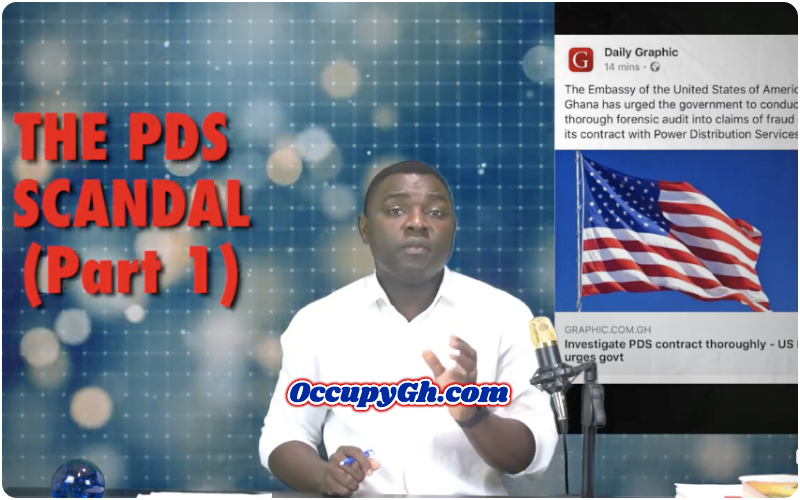 According to Kevin Ekow Taylor in a post on With All Due Respect’s page, sighted by OccupyGh.com, the PDS scandal is ‘bigger than we think’. So big the United States government is interested.

Earlier last week, the Akufo-Addo Government shook the nation with an announcement that it had suspended the 25 year concession agreement with PDS.

This event has pilled up scandalous inside information which alleges and implicates government officials.

Government has since then launched a full scale investigation into the alleged fraudulence surrounding the concession agreement with the Power Distribution Services.

Fast forward, a weekly documentary report from Kevin Ekow Taylor has been released which claims to have ‘revealed the secret behind the PDS scandal.’

Checkout the video below as captioned with these wordings;
“#Withallduerespect The PDS SCANDAL is the biggest scandal to his this counrty since independence,in this episode I revealed the people behind the scam and how they are connected. This is the Part 1 more to follow.”