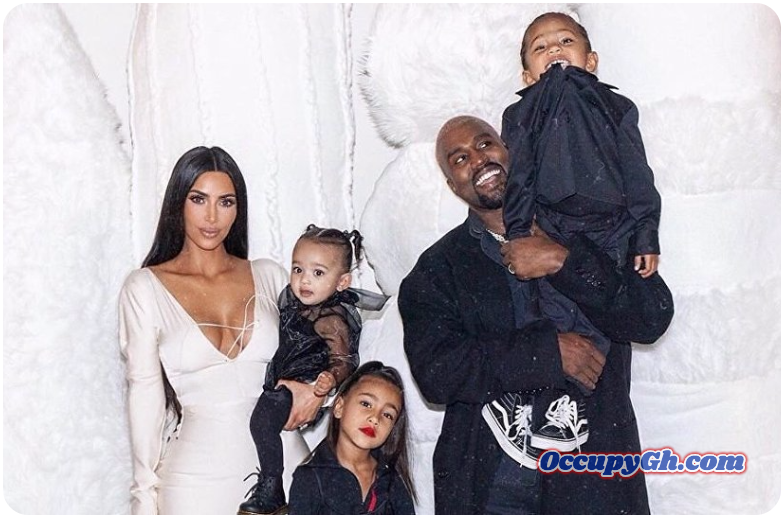 Kim Kardashian, Kanye With Their Children

It was earlier announced yesterday that Kim was with an unidentified surrogate when she went into labour of their 4th baby, and the baby has now been born.

The reality star announced on Twitter not long ago as she twitted “He’s here and he’s perfect!”.

Kim and Kanye west have however not disclosed the name of their newborn who now makes them a family of six. Read more:

This is Kanye and Kim’s second son, but 4th child. They are parents to North, 6, Saint, 3 and Chicago