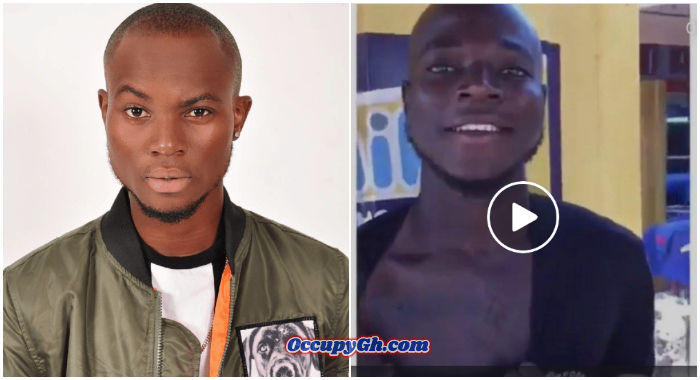 A fan who has close resemblance with Ghanaian musician, King Promise has tattooed his name “King Promise” on his chest ─apparently, to show his loyalty just like what some SM fans have been doing.

In a video trending on social media, the fan was seen explaining why he went to the extreme to tattoo King Promise’s name on his chest.

He disclosed that he loves King Promise so much and since he has close resemblance with him, he decided to tattoo his name on his chest.

He then showed the tattoo to the cameras to prove that he has indeed tattooed the name “King Promise” on his chest.

In this article:King Promise, Tattoo