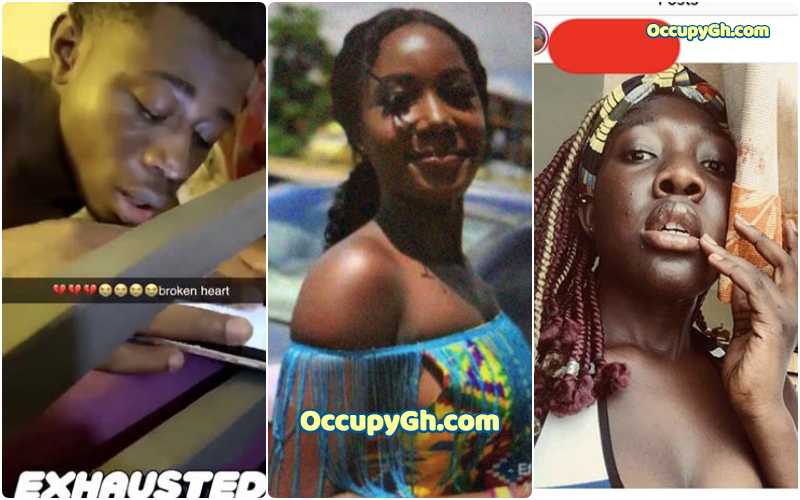 A photo of a KNUST female student who allegedly gave Sammy of Nana Ama fame has just surfaced the internet.

The background of the story is that a KNUST student, Sammy, is heartbroken after his girlfriend, Nana Ama, left him for another man after he was caught cheating [Read the full gist here].

The male student identified as Sammy was seen in the video shedding tears like a baby following a heartbreak after his girlfriend called it a quit between both parties after he cheated on her.

In the latest, photo of the lady in the middle of the brouhaha who allegedly gave Sammy the ‘BJ’ has just hit the internet.

Check out the photo below or visit OccupyGh.com for more stories.