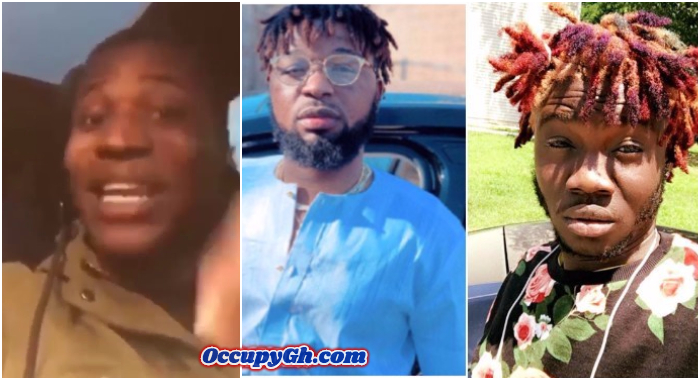 Ghanaian UK socialite, popular known as the brother of Shatta Wale, Stanley KODia warmly called KOD in showbiz has revealed the cause of the death of Shatta Wale’s friend and brother, Junior US.

Yesterday was a black Friday in the lives of the families and friends of Junior US as they all woke up to realize that he has been shot dead by some unknown armed robbers.

Many immediately started pointing fingers at his greatest rival who is now facing 16-Years imprisonment, Showboy.

Ah well, tattle tales have started flying high on social media since yesterday after it became obvious that he was killed because of some millions of dollars he released some few hours later.

The new tattle tales made public was from Ghana’s own KOD who revealed that Junior called some ladies to come over to his so they pop and have fun but the said ladies brought armed robbers along.

KOD took to Snapchat and wrote:

“People make wild so if you don’t have tight security don’t post money you can’t protect. RIP junior, those shooters will all get arrested, make you never trust AKATA girls. Junior called girls to come over and they came with shooter. Hmmmmm women.‘

In this article:Junior US, Shatta Wale, Stanley KOD