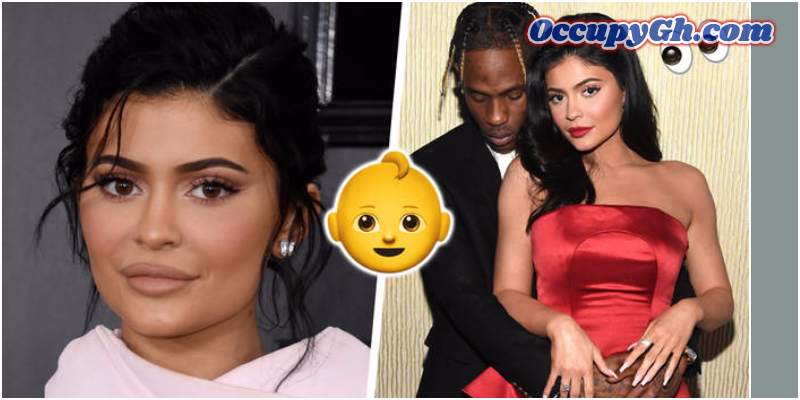 Kylie Jenner takes to Instagram to give Travis Scott a heartfelt tribute for his birthday, while teasing a second baby…

Kylie Jenner has shown her appreciation for Travis Scott in many ways during his birthday period. A few days ago the couple threw an Avengers Endgame party, with their closest family and friends in attendance.

Kylie Jenner Sparks Travis Scott Marriage Rumours As Fans Spot Huge Hint At Avengers Party
Just yesterday (Apr 30th), La Flame’s officially turned 28 years-old and Kylie made a lovely tribute for him on her Instagram. Although the heartfelt message for her “hubby” is cute and all, she dropped a major bomb during her tribute, teasing the arrival of a second baby.

Kylie Jenner took to Instagram to post a Happy Birthday message to her “hubby Travis Scott. She shared a collage of moments the couple have shared together, leading her sister Kim Kardashian to comment OMG these are the cutest pics ever!!!”.

Their daughter Stormi Webster appears in many of the photos. But Stormi may not be the only child for long, as Kylie addresses the rumours that she wants a second baby in her caption.

BREAKING:  I Need A Man Before 2022 Ends - Kisa Gbekle Cries After Spending Millions To Fix Her Duna (VIDEO)

“Watching you evolve into the partner, friend, son, and father you are today has been so fulfilling,”.

She continued “My real life bestie & hubby all wrapped into one. I love you and I’m so so proud of you. Happy happy birthday. Let’s fuck around and have another baby.”

In the last few weeks, Kylie has been rumoured to be expecting a second child. However, the reality star has not formally addressed the reports. However, the “self-made billionaire” has hinted to the fact we could be expecting to welcome a new baby to the Webster family.

Travis Scott and Kylie Jenner have seemingly ignored the cheating and break-up rumours that emerged earlier this year. The couple have clearly made up and figured things out, and have plans of getting married and having a second baby.