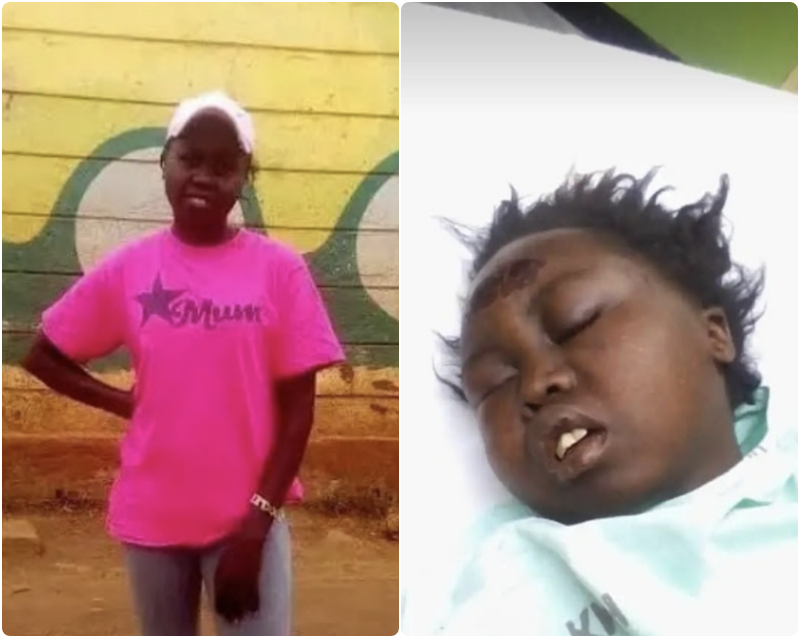 A young Kenyan lady has been battered by her abusive boyfriend and she suffers serious brain damage. She may never see again.

The victim, identified as Joyce Wanjiru, went to visit her boyfriend on 18th July at Soweto village in Kahawa West, only for him to turn against her.

He beat her badly and left her unconscious.

Her family was called the next day to pick her up and take her to the hospital.

She was rushed to Kenyatta National Hospital where she was admitted to the ICU.

She has been in the ICU battling for her life for almost one month.

She was moved to the HDU on Tuesday after her condition improved.

Her brain is badly damaged and she might never see again.

Her abusive boyfriend is reportedly a well-known ‘Kamagera’ in Kahawa West. He is yet to be arrested even after the matter was reported to the police.

He previously assaulted her when she was pregnant, leading to the death of her unborn baby.

In this article:Crime, Featured, Kenya, Viral