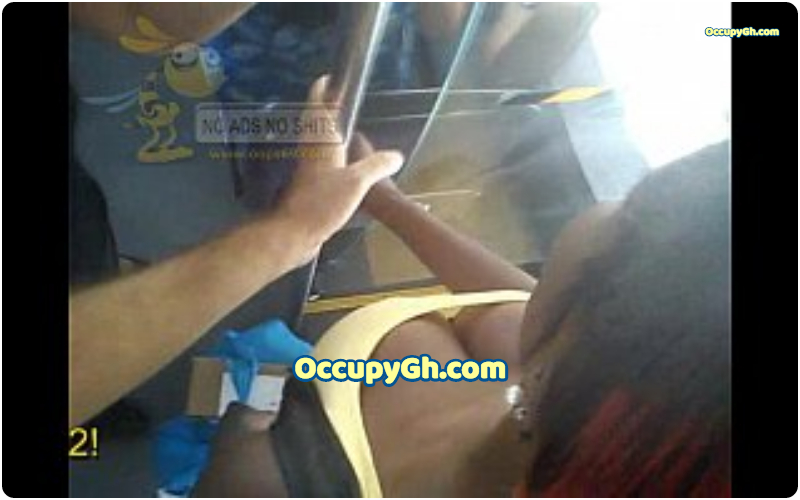 A Nigerian lady, identified as Chi, with the username @yinkaechi has gotten a man arrested after he reportedly touched her breast while she was asleep in a bus.

According to Chi, who gave the man’s name as Deji, while she was fast asleep in a bus in Lagos, she felt a hand on her body, she opened her eyes and saw a hand on her breast and raised alarm.

The incident occurred on Tuesday morning after they boarded a bus from Oshodi to Iwo Road.

She further disclosed that after the arrest, people were begging her to let it go since it is not “rape”.

“If you know any Deji that entered a bus from Oshodi to Iwo road today, please don’t be worried about him not coming home today or the next couple of days because he’s fine. He’s just been arrested for touching my breast when I was sleeping on the bus. I’ll pay his bail tomorrow…

“The idiot was telling me I was dreaming. The passengers said they didn’t see anything. I felt a hand on my body I opened my eyes and saw his hand on my breast and raised alarm. I was scared to be honest, he’s here begging now. People are saying I should let it go since it’s not rape.”