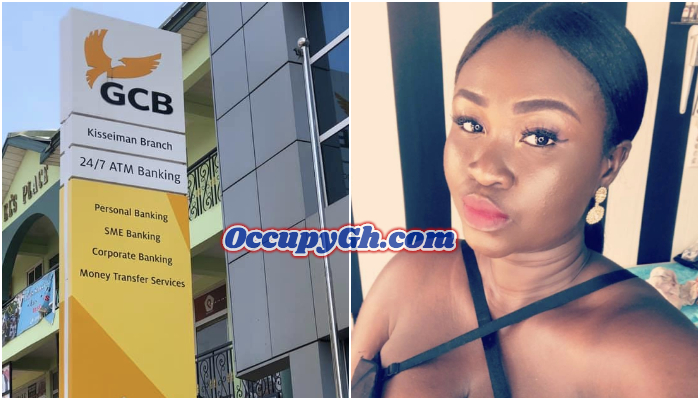 A Ghanaian Facebook user by name Vilaaser Louise Petra has taken to her wall to recount how Ghana Commercial Bank (GCB) – Kiseiman branch gave her the worst customer service she has ever experienced in her life.

Honestly, most GCB Banks across the country are known for their aloofness towards customers. But hey, don’t take my word for it.

Below is what Vilaaser wrote with all bitterness:

“After a week of deliberation I have decided to address this issue. Last week Wednesday 17/04/2019,I had one of my worst experiences at GCB Kiseiman branch. As a customer I know my rights and duties and I know what to expect of my bankers as well.

On leaving my cheque book I decided to use the ATM which is a good thing right because most banks are trying to ease the number of customers inside the banking hall.

Now the ATM wasn’t dispensing cash all it said was “ Insufficient Funds” then I decided to enter the banking hall and lay a complain to have the ATM loaded.

I was asked to wait and the lady who was supposed to load the machine was busy chatting with some colleagues and laughing while customers kept leaving due to the unavailability of the ATM.

Running out of patience I decided to use a counter cheque and the reason I stated was “ Lack of Funds in the ATM” a staff asked me to change my reason and state that I didn’t have a cheque book?as if am not educated enough to state the actual reason.

I was actually challenged to change the reason till I started raising my voice. I was later subject to an interview as to why I didn’t use any other branch and I came all the way to Kisseman?

Taken aback I thought a customer had a right to decide which branch to transact with right!

After hours of waiting I finally got my money and asked the teller to run it and she said it was just from the vault(I didn’t even have the strength to argue anymore) I left the branch and got to the Consolidated Bank branch on Gimpa campus to pay my fees and the money was short.

That was an extra Unbudgeted sum I had to squeeze out to pay my fees. Dear GCB your staff need some quality training because the reason you are in business is because of your customers.

Am not asking for a refund am just asking for quality service and respect.#GhanaCommercialBank GCB Bank Limited”